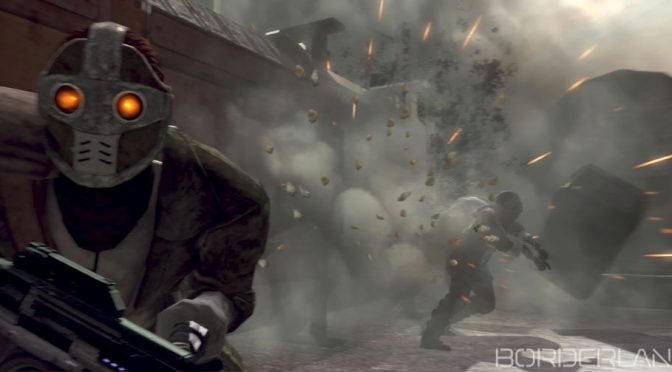 YouTube’s ‘NeoGamer’ has shared a video showing a really early version of the first Borderlands game. What’s really cool here however is that the video features footage from when Gearbox was making a realistic, non cartoon-ish, version of the game.

Of course this isn’t the first time we hear about this early version of Borderlands. Back in 2012, we shared some screenshots from this “realistic” version. However, this is perhaps the first time we get to see that version in action (yes the original video is old but we never really shared it soooooooo…).

Now I don’t know if I’m the only one here but at the 4:10 mark I got some Doom 3 vibes from this version of Borderlands. Of course these two titles have nothing in common, however the visuals in that particular area reminded me of id Software’s horror take on the Doom franchise.

I also believe that it was a wise decision to change Borderlands’ art style to its cartoon-ish/cel-shaded looks. Yes, I’d love to play that realistic version of the game but it wouldn’t age well (at least from what I’m seeing here). This is beta footage so things – visually – could get further improved but again, it was a clever decision to completely change the art style.