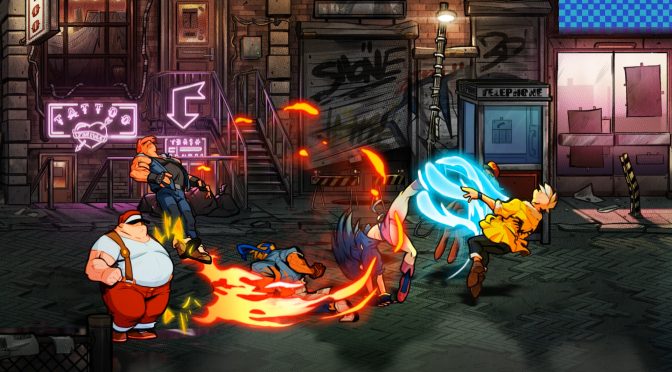 At PAX West 2019, DotEmu presented a new demo for Streets of Rage 4. As such, below you can find a video showing almost 8 minutes of gameplay footage from that demo. We strongly suggest watching this gameplay video, especially if you are old-school beat ’em up fans.

This video showcases some of the combos, as well as the game’s co-op mode. It will also give you a glimpse at its visuals, though there are some noticeable video artifacts. Still, it’s better than nothing, right?

Streets of Rage 4 is the first installment to the mainline series in more than two decades. The game promises to revitalize the iconic baddie-bashing gameplay with modern touches, fresh pulsing jams, and more surprises to be revealed.

The team behind Streets of Rage 4 is drawing from a lifetime of love for brawlers to introduce new fans and remind veterans alike why Streets of Rage is one of SEGA’s most beloved series.

Unfortunately, there is currently no ETA on when Streets of Rage 4 will come out.