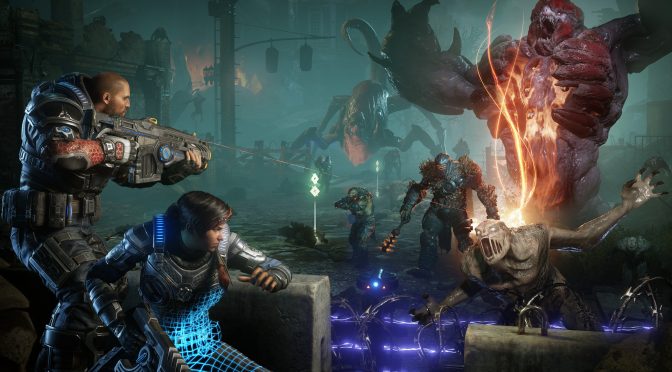 Microsoft and The Coalition have shared some new PC tech details about Gears 5. According to the teams, the PC version will support Asynchronous Compute, Multithreaded Command Buffering, as well as AMD’s new tech, FidelityFX.

On the other hand, Multithreaded Command Buffering ensures instructions from the CPU reach the graphics card faster. This will result in higher performance, better graphics and reduced latency.

Last but not least, The Coalition will add support for AMD’s FidelityFX via a post-launch update. This feature will offer a dynamic sharpening filter that draws out detail in low-contrast areas for a sharper gaming experience. FidelityFX aims to deliver improvement in image clarity, counteracting the softening caused by other post-process effects.

Gears 5 currently targets a September 10th release. The game will be using Unreal Engine 4, and will support both Windows 10 and Windows 7. From what we’ve seen so far, Gears 5 promises to be a really polished product on the PC, and we can’t wait to get our hands on it!