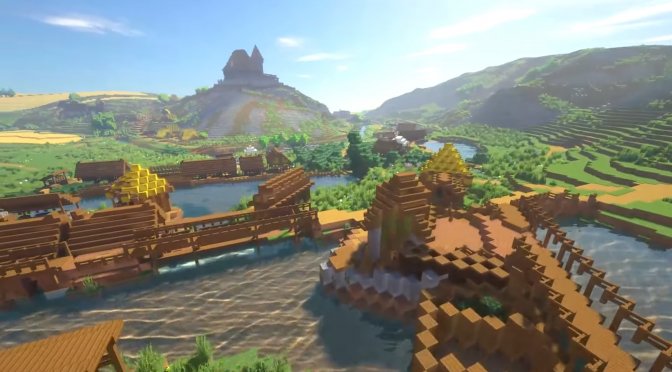 A team of modders is currently working on a Kingdom Come Deliverance Remake in Minecraft. This project will recreate the entire game in Minecraft, and below you can find a trailer for it.

There is currently no ETA on when this project will release. From the looks of it, and similar to other remakes in Minecraft, this project will recreate the entire map/environment of the game. My guess is that the modders will also add some NPCs, though don’t expect it to have proper RPG mechanics or dialogue trees/conversations.

Still, and for what it is, Kingdom Craft Deliverance looks pretty cool.

Speaking of Minecraft, you should also check out the Mass Effect Mash-up Pack for it. There is also a really cool Harry Potter RPG that you can download. And let’s not forget Brutal Minecraft Beta 2.0, a project inspired by Brutal Doom.

Enjoy the trailer of this Kingdom Come Deliverance Remake in Minecraft, and stay tuned for more!