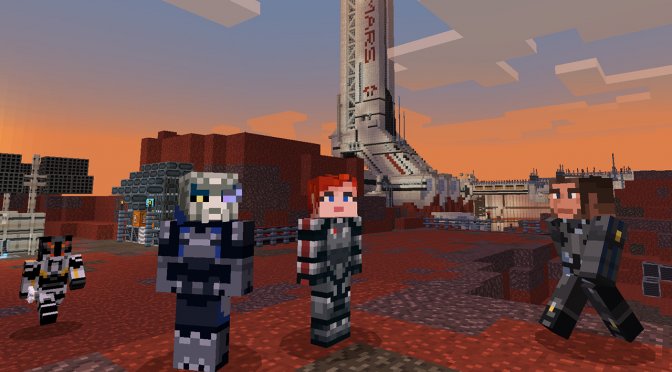 Microsoft has announced that the Mass Effect Mash-up Pack for Minecraft is now available on the PC. This pack originally came out on Xbox 360 back in 2014, however, it never found its way on the PC. Well, until now.

Now I’m sure that there are a lot of Mass Effect out there that are waiting for a brand new title in this amazing franchise. Unfortunately, this may not happen anytime soon. However, we might see remasters of the older games.

Last month, EA stated that it’s working on remasters of fan favorites. While the publisher did not reveal any additional details, a remaster of the Mass Effect Trilogy sounds possible. Naturally, I’m simply guessing here so don’t take this for granted.

So yeah, even though there isn’t currently any announced Mass Effect game in development, you can at least play Minecraft with your favourite ME characters. You can purchase the Mass Effect Mash-up Pack for Minecraft from here.