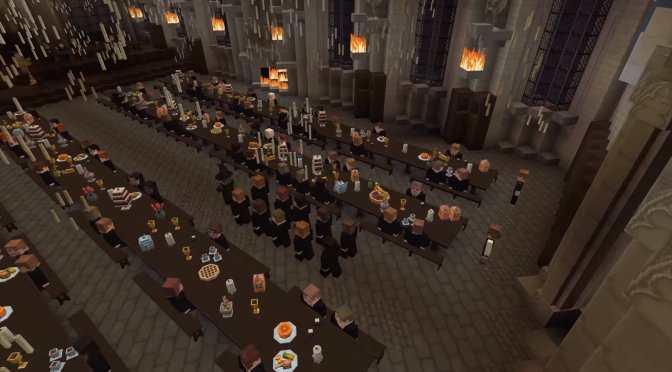 Back in January, we informed you about a Harry Potter RPG that was being developed inside Minecraft. Via this mod, players can attend Hogwarts. And today, we are happy to report that this freeware project is available for download.

It’s worth noting that this map/mod features custom quests and puzzles that players can complete. Players can also either play solo or with their friends.

Furthermore,players will be able to trade in Diagon Alley, scavenge for loot and supplies, and explore Hogwarts and its grounds. So yeah, alongside Hogwarts you will find a lot of iconic locations from Harry Potter here.

Before downloading, do note that this is an alpha release. As such, there will be numerous bugs and glitches that you will encounter while playing. Still, I’m pretty sure that a lot of Harry Potter fans will not care at all. After all, it’s been a while since the last Harry Potter game on the PC.

You can download the Harry Potter RPG for Minecraft from here.