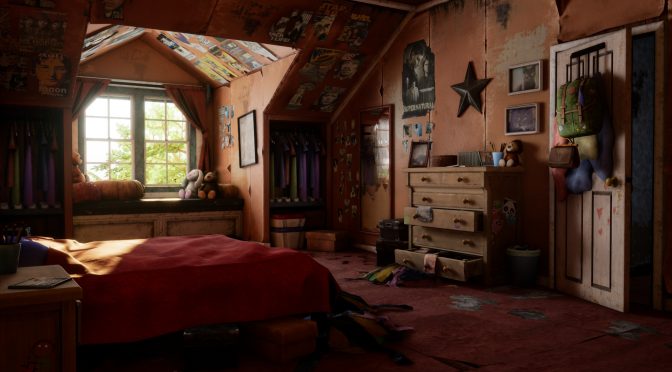 Back in May, we informed you about a recreation of Ellie’s bedroom in Unreal Engine 4. Created by Polycount’s ‘ajester‘, this scene looked great and a few days ago, ajester released the final image from his now finished project.

Unfortunately ajester did not provide any flythrough video in order to better showcase the attention to detail that can be found in this single scene.