Earlier this week, PEGI rated The Witcher 3: Wild Hunt for next-gen platforms. However, it appears that this updated version will not come out soon. CD Projekt RED has issued a new statement, claiming that The Witcher 3 Next-Gen will release in Q2 2022. 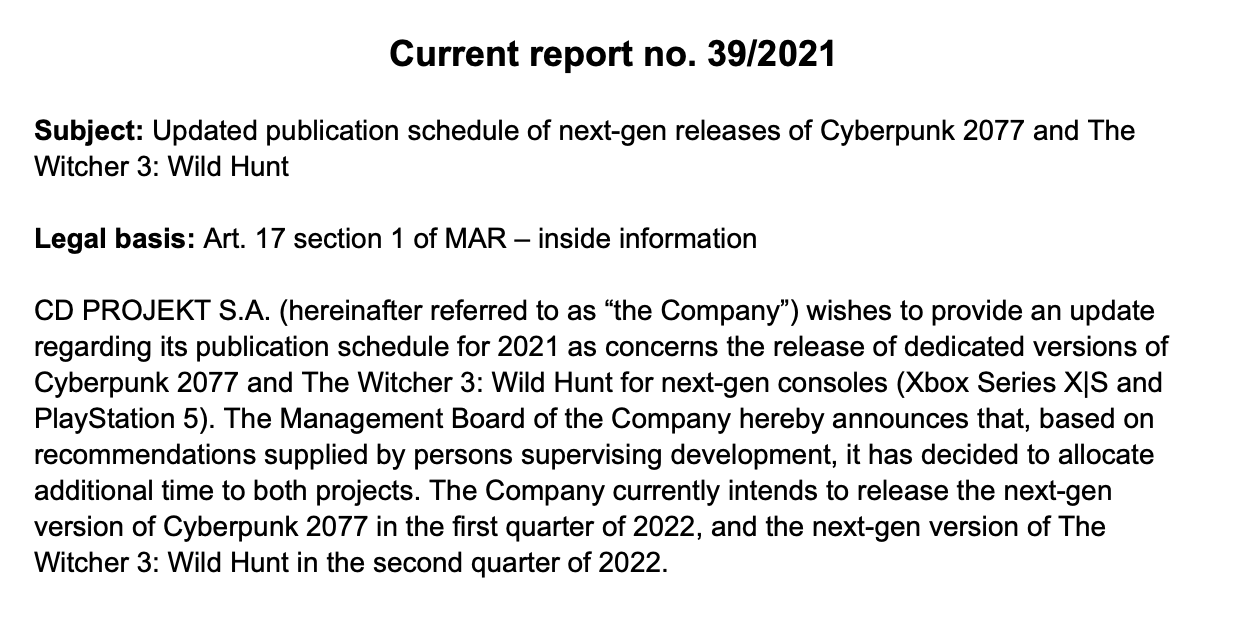 CD Projekt RED was initially planning to release The Witcher 3 Next-Gen in the second half of 2021. However, and most likely due to COVID-19 as well as the awful state in which Cyberpunk 2077 launched, this updated version of The Witcher 3 got delayed.

From what we know, The Witcher 3 Next-Gen will feature a range of visual and technical improvements — including ray tracing and faster loading times. These improvements will be present across the base game, both expansions, and all extra content. Furthermore, modder ‘Halk Hogan‘ will be contributing to this new version of The Witcher 3.