CD Projekt RED’s lead PR manager has announced that the highly anticipated next-gen update for The Witcher 3 will release in the second half of 2021. This update will, among other things, add real-time ray tracing effects to the game. 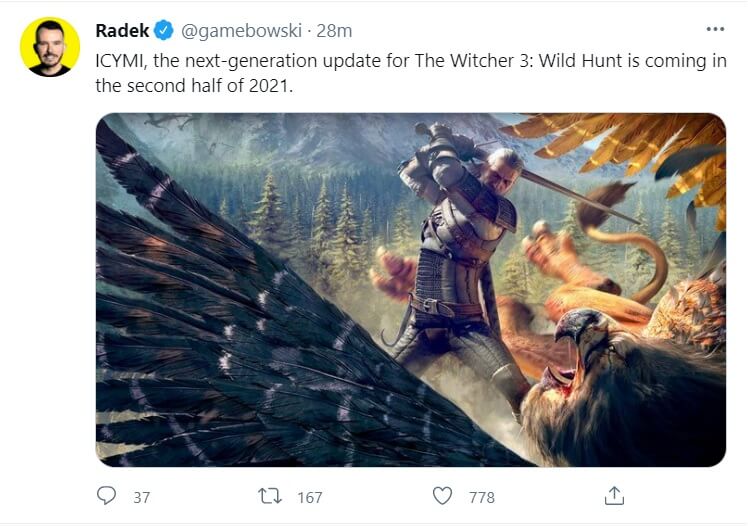 The Witcher 3 Next-Gen will feature a range of visual and technical improvements — including ray tracing and faster loading times. These improvements will be present across the base game, both expansions, and all extra content.

Now in case you want to replay the game but can’t wait until then, you can go ahead and install some mods. While these mods do not bring any Ray Tracing effects, they can significantly improve the game’s graphics.

The Witcher 3 HD Reworked Project 12.0 is a must-have for all The Witcher 3 fans. This mod overhauls most of the game’s textures, and we highly recommend it.

On the other hand, this mod adds over 125 new enemies, 36 new weapons & 26 armor sets. There is also another overhaul mod that improves the textures of all animals.

Lastly, you can find here a list of 50 mods for CDPR’s RPG.