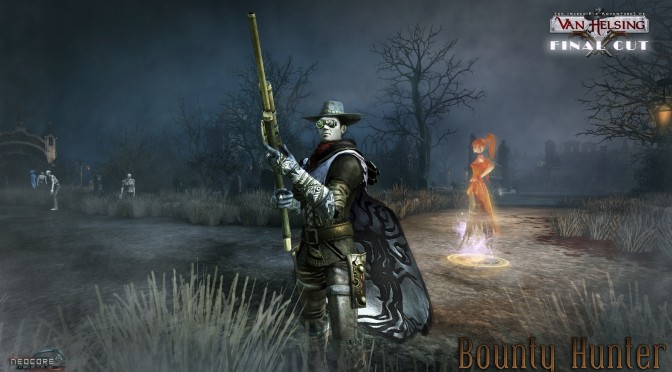 NeocoreGames announced today that The Incredible Adventures of Van Helsing: Final Cut will be available on Steam for $44.99 and free for all the trilogy owners on November 6th.

As part of the Steam Halloween Sale the popular action RPG package Van Helsing Anthology gets a 66% discount along all games in the Van Helsing trilogy and Deathtrap separately.

The Van Helsing Anthology includes The Incredible Adventures of Van Helsing I, II, and III, plus every DLC pack for each title and the tower-defense action-RPG hybrid, Deathrap.

The Incredible Adventures of Van Helsing: Final Cut is an Action-RPG set in a gothic-steampunk world filled with monsters, weird science, humor and pop-cultural references.

“With more than 50 hours in the campaign, several multiplayer modes and massive endgame content, Van Helsing: Final Cut will grant players entertainment, excitement and fun for a very long time.”