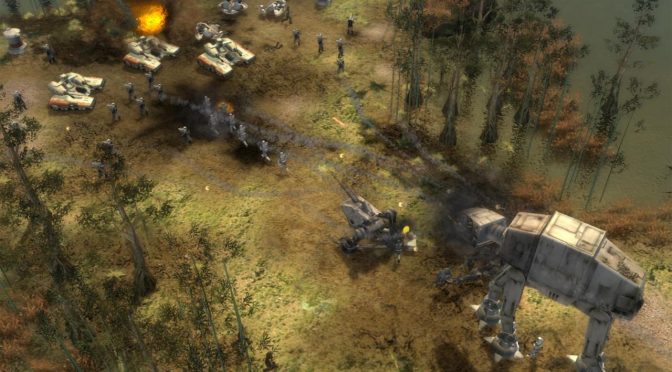 In a Reddit AMA, Petroglyph, creators of Star Wars: Empire at War, has revealed that it’s currently interesting in a sequel to this Star Wars strategy game. And while the team has pitched such a thing to Electronic Arts, the big publisher has not responded to Petroglyph’s pitch.

As Petroglyph’s developer “Ted” said when a fan asked whether the team has plans for a new expansion of Star Wars: Empire at War:

“Unfortunately, no official expansion is in the works – although we are still collecting data and hoping to get another patch out based on feedback,” a developer named Ted writes back.

This is something that is purely corporate. I don’t have details, but EA has the licence to do all Star Wars games and they seem focused on making a few titles at a very high quality bar. So, they are using all their available resources to that end, which means that if you’re not into FPS, it’s not currently a priority.

We have reached out to them a few times to see if they would be interested in contracting us to build an Empire at War II at the same quality level as their other Star Wars FPS titles, but nothing has resulted from that (yet).”

And that is that. Star Wars: Empire at War is a strategy game based on the Star Wars universe that came out in 2006, uses Petroglyph’s game engine Alamo and focuses on the fledgling struggle between the Empire and the Rebels.