With Nvidia’s Ampere launch getting closer we are getting more and more leaks on the consumer gaming graphics cards based on the new Ampere architecture. NVIDIA has now submitted their PG133A board design for certification with the Korean National Radio Research Agency (RAA). Such kind of certification is one of the last steps before the product comes to market.

The PG133A board was mentioned on numerous leaks before, and it was supposed to be featured on the high-end GA102-based Ampere graphics cards. Two Ampere board designs were shown before, the GA102 GPU: ‘PG133’ and ‘PG132’.The former is exclusive to the Founders Edition SKU, and we have already seen some of the Founders Edition SKUs having an irregular-shaped PCB in previous leaks. The cooler and the heatsink also appear to be a huge update over the traditional reference design that Nvidia has offered over the years.

The PG132 board on the other hand will most likely be adopted by custom board partners on their AIB models, which are expected to have the reference PCB, along with a custom cooling solution. Nvidia uses a single board for multiple models based on the same GPU core. The cards will use the same board design, but with the exception of different power delivery stages or memory layout on the PCB.

It appears that the PG133 board design will not be used by the QUADRO series of cards, since these cards have their own power delivery circuits. Nvidia’s upcoming RTX 3000 series Ampere cards are rumored to be built on the Samsung’s 8nm process node. Nvidia has also stated that gamers should expect Ampere graphics cards to arrive on the GeForce Now streaming service.

Renders of the ASUS ROG Strix custom GPU were already leaked before. Nvidia has also recently ceased the production of the RTX 20 series of GPUs to make room for the Ampere lineup. There was also chatter on the web that the upcoming RTX 30 Series Ampere gaming GPUs may utilize a new 12-Pin power connector interface. We have already seen power consumption figures exceeding 300 Watts on some of the Ampere cards before. 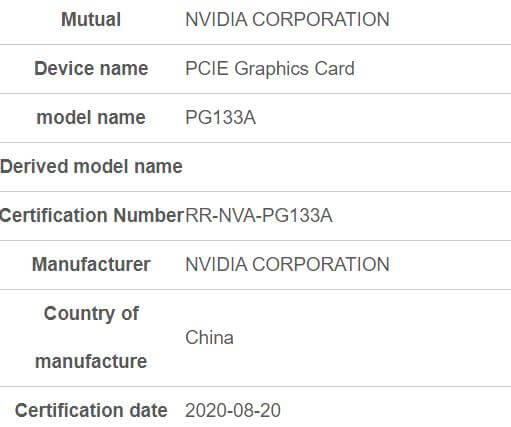 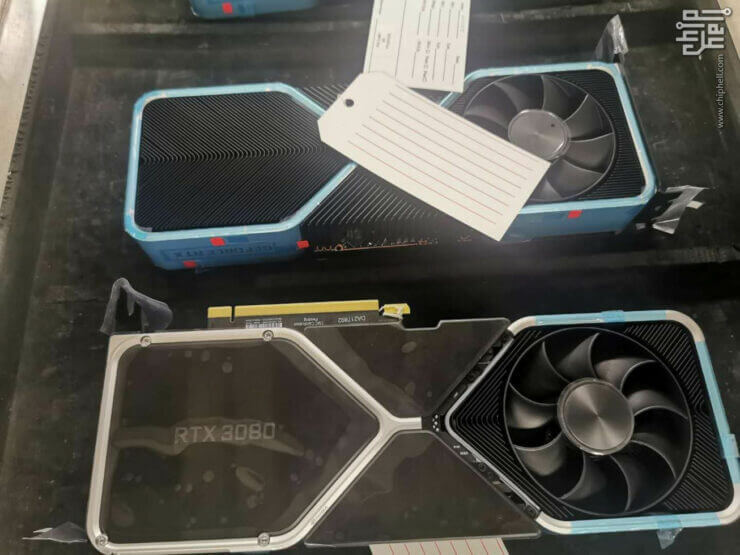