As per one recent report posted by the Chinese tech firm FCPOWERUP, Nvidia’s upcoming Ampere gaming GPUs are ‘rumored’ to have a different design and a power delivery requirement.

Nvidia is going to utilize a brand new power interface for its next-gen of Ampere gaming cards. This could be a reference design update for the ‘Founders Edition’ GPUs, when compared to the previous generation of Turing cards, which had different power delivery requirements.

We have already seen power consumption figures exceeding 300 Watts on some of the Ampere cards before. The cooler and the heatsink also appear to be a huge update over the traditional reference design that NVIDIA has offered over the years.

According to the above source, Nvidia will be using a new power interface that comes in a 12 Pin design for its reference GeForce RTX 30 series gaming graphics cards, which is pure 12V. The source also mentions that the new power delivery interface would be utilized by Ampere Gaming graphics cards having the ‘PG142’ board number. We can assume that these might be the high-end flagship GA102/GA104 GPU-powered gaming cards such as the RTX 3080 Ti / RTX 3090, RTX 3080, RTX 3070 Ti / RTX 3070 etc.

This new power interface closely resembles the Molex’s Micro-Fit series interface, which is 19mm wide and has a 3mm pitch (12-Pin, 2×6 rows).

You would assume that the mini-fit would deliver 600 Watts of power but that’s not always the case since the actual power delivered to the GPU is around 400W at 6 Amps. The 20AWG specifications for the pins appear to be a primary bottleneck with traditional connectors. This new design change may be specific to the NVIDIA’s reference ‘Founders Edition’ Ampere SKUs, while AIBs can still ship their custom designs with traditional mini-fit power connectors. If you are currently rocking a high quality Tier PSU, then there should no problem using two 6-PIN PCI/PEG connectors. Most of the high-end reputed PSUs come with multiple 6 and 8-PIN PCI-e connectors.

A new PSU would not be required for this change in design though, hopefully. The source also mentions that there’s a secondary 4-pin interface next to the main 12-pin connector, but its exact purpose is not known at this moment. To sum this up and to reiterate (if you please allow me), not much information is available for this new interface, except that a single connector can supply 600 Watts. It also requires power supply makers to only use 20AWG wiring for these connectors to meet the power specifications. But for now, please treat this leak with a huge grain of salt.

As can be seen from the power interface image (see below), the new 12-pin looks like two 6-pins joined together. Most importantly, though, it appears at this stage that these new cards will still be able to be powered by two 6-pin connectors joined together, meaning that any PC gamer who doesn’t have one of these new 12-pin power connections, won’t have to immediately buy a brand new power supply when upgrading to a Nvidia GeForce RTX 30 series GPU.

The new 12-pin connector looks like 2 x 6-pin PCIe power connectors mashed together, which offer 8.5A versus 6A. It is likely to be using a 12-pin interface that’s already manufactured and in use in some of the applications. Molex makes interface for anything, and not just limited to power supplies. It is just that this interface might be used in some power supplies for the first time, though we don’t know for sure. Molex does have a similar connector with the same width as the 6+2 pin but with more pins. It’s called ‘Micro-Fit 3.0 Receptacle Housing, Dual Row with 12 Circuits’. More details can be found here.

It will be interesting to see how power supply manufacturers respond to this. Maybe they’ll sell ’12-pin modular’ cables for selected power supplies as an add-on? As of now, there’s nothing from either Nvidia or power supply makers. If this leak is indeed true, we’ll just have to see how PSU makers plan to execute this. I’ve reached out to some of the power supply makers like BE QUIET, SEASONIC to confirm this. Intel already published the 12VXO power supply specification standard on May 2020 and I think one manufacturer showcased one 12v unit at the CES2020 event.

“Speaking of PSUs, I just wanted to highlight these points as well, though you might be already aware of this, so you can safely ignore this last part of my article”.

Anyways, as you know PSU is the most important component of any rig/PC. First off, Wattage number is not always the deciding factor. The quality and the make/brand of the unit matters the most. The main concern is the “quality” of the power, the quality of the components used/CAPS, as well as the total AMP drawn on the +12V RAIL (output), the efficiency under load, ripple suppression, OEM, among other factors.

The total wattage number of any PSU is not always really the most important deciding factor, primary concern is the quality of power it produces, and the total capacity of the 12V source etc. Also, if suppose you have a 500W PSU installed on any RIG, then that does not mean that it will always draw the full wattage/500 W. Nope. The amount of power drawn is determined by the number of components on that rig/computer, and how much they actually require.

The amount of power drawn will only be equal to what is required, and not more. Suppose, if all the components of a rig require 400 W to run, then the ‘load’ on the PSU will be 400 W, and hence the power draw of that particular PC will always be 400 W (depending on the efficiency obviously), regardless of whether a 500 Watt or a 1000 Watt PSU is installed.

PSU efficiency is a totally different matter though, as how well the PSU converts the AC power it receives from the outlet, to DC. Any electricity which is not converted from AC to DC is given off as heat. PLATINUM certified PSU might help you save a little on your electricity bill, over a year, though this depends on many other factors as well. Because any high quality Tier 1 platinum certified PSU is rated for at least 90% efficiency at 20% load, 92% at 50% load, and 89% at 100% load (just a rough estimate).

Some good high-quality units I always recommend to buy, but this list is not exhaustive by any means. There are many more Models. 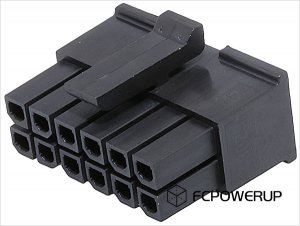 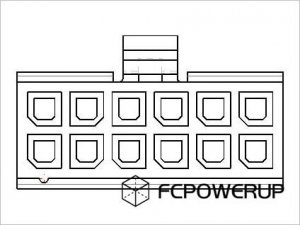