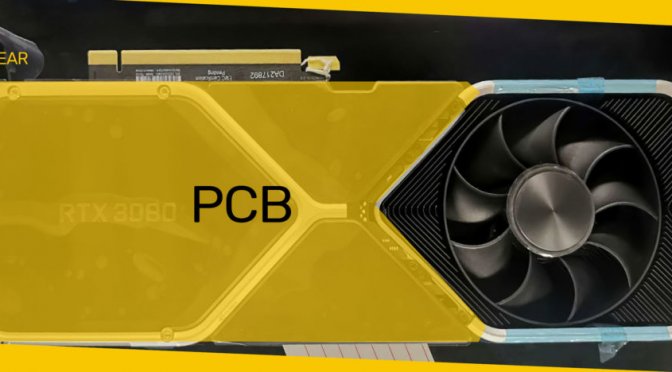 According to kopite7kimi, a source with a very high accurate record with rumors in the past, Nvidia’s upcoming Ampere RTX 3000 series cards will be manufactured on Samsung’s 8nm process, and not TSMC’s 7nm node as previously rumored. While this won’t have any performance implications this far down the line, it does mean that AMD will still retain the process leadership for another generation though.

Samsung’s 8nm node is a highly optimized derivative of the 10nm process node used to fab chips like the Samsung Galaxy S8’s Exynos 8895 SoC. Though, in relation to the 10nm process, transistor density hasn’t been increased substantially.

Like mentioned above, the 8LPP silicon fabrication node by Samsung is an extension of the company’s current 10LPP (10 nm) node. Both have almost the same fin pitch, but reductions are being made in the areas of gate pitch (which is down by 6%), thus resulting in a transistor density of over 61 million/mm². Apparently nvidia’s entire high-end product lineup, including the GA102 silicon that powers at least three flagship consumer cards are expected to be based on Samsung’s  8LPP node.

Despite Nvidia being a generation behind on the fab process node, the green team has still delivered superior graphics performance in the past. The 12nm Turing GeForce RTX 2080 Ti is currently the fastest consumer GPU on the market by some margin.

However, the decision to leverage Samsung’s 8nm process could explain the past rumors of an extremely high Ampere power draw of the ga102 silicon with TDPs in excess of 300W, which makes more sense now. Nvidia will have to increase power consumption to feed these new upcoming chips.

If they’re indeed being built on Samsung’s 8nm process node, then the Ampere parts will likely be less efficient than AMD’s next-gen 7nm RDNA2 graphics cards. However, we don’t know much about the 7nm rdna2 architecture and also Big Navi yet, so we simply don’t have enough reference points to make any sort of categorical statements or comparisons.

Lastly, and since this is an unconfirmed leak, take it with a grain of salt. 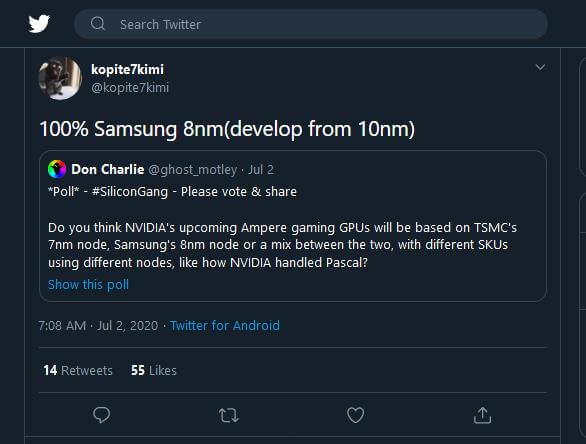