One alleged photo of a custom graphics card has been leaked by Videocardz. According to this leak, it appears that custom board partners are readying their own custom designs for next-gen Geforce RTX30 series cards.

According to Videocardz, the picture is from an internal meeting discussing new designs for the upcoming ampere-based graphics cards from NVIDIA as reported by ASUS. You can see from the image that it has a definite sleek new style, and is a big departure from the current-gen Turing-based Geforce RTX 2080Ti ROG STRIX, with ASUS using a new black and silver design.

The picture lists the RTX 3080Ti branding and not RTX3090 as some of the previous rumors have been saying over the past few weeks. As for the design of the card, it has an aggressive look that comes with three axial-tech based fans and a massive heatsink underneath the shroud.

If this new leak is real, we might not see the RTX 3090 after all.  Since this is a leak, I strongly suggest taking it with a grain of salt until NVIDIA officially announces its new Ampere GPUs. 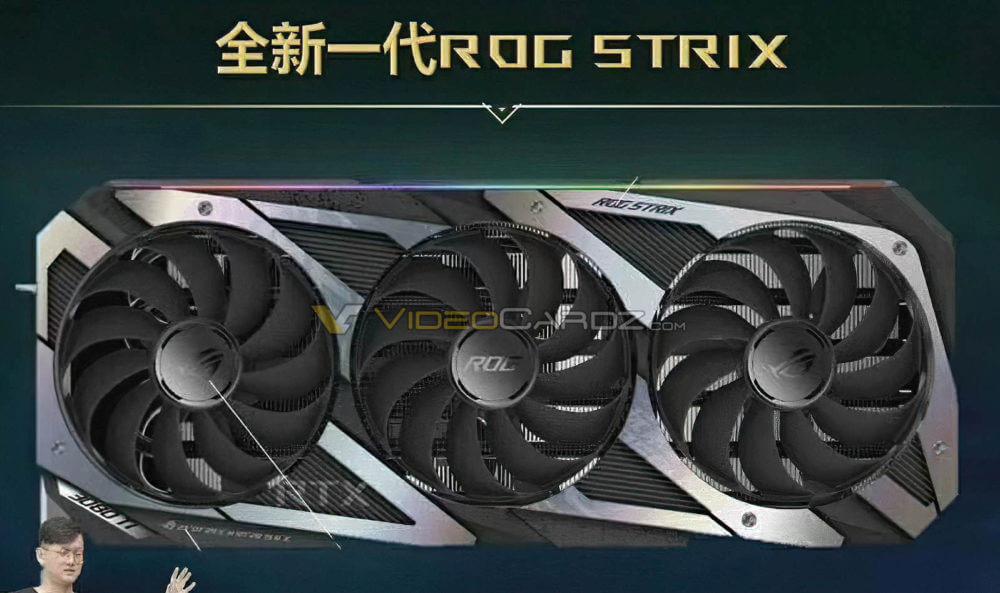