Following yesterday’s leak, Videocardz has now managed to grab some pictures of the custom RTX 3090 & RTX 3080 graphics cards from the Gainward brand. Specifications are more or less confirmed.

These are high-end custom Phoenix ‘Golden Sample’ line of graphics cards from Gainward, both of which feature a 2.7 slot design. It has now been confirmed that the RTX 3090 will get 5248 CUDA cores, 24GB GDDR6X VRAM at 19.5 Gbps speed, and 350W of total graphics power/TGP. This GPU has a 384-bit wide memory bus, thus having a maximum theoretical bandwidth of 936 GB/s.

The RTX 3090 Phoenix Golden Sample has a boost clock of 1725 MHz while the RTX 3080 Phoenix GS features a boost of 1740 MHz. Both the card’s specs match with the previous leak but we don’t have any details on the TMU (texture mapping unit), ROP count (raster operations pipeline) yet. These custom cards feature a black and silver design, and an aluminum shroud which is illuminated by RGB LEDs.

Since both the RTX 3090 and RTX 3080 are based on the same GA102 GPU die, hence the design for both the models is same. As mentioned before, these cards feature a 2.7-slot and a triple-fan cooler design, along with a full cover backplate that extends beyond the PCB. The PCB however appears to be shorter than the cooler and it doesn’t extend the full length of the cooler. The design does not seem to be similar to the reference Founders Edition PCB that we saw earlier, but it comes in a standard form factor instead.

This could also mean that some of the custom AIB card variants from other brands won’t require a triple 8-pin connector to boot, but for overclocking and faster clock speeds, the third 8-PIN is still needed.

According to these links from the GPU database, some more info on the specifications can be noted, though do keep in mind that these are not final specs, as they are subject to change. Nonetheless, if we take the RTX 3090 GPU for instance, the card is expected to feature 656 TENSOR cores, 82 RT cores, and TMU count of 328, fabbed on the 7nm FinFET fabrication process node.

Coming to the RTX 3080, the card is expected to feature 544 TENSOR cores, 68 RT cores, and TMU count of 272, along with 98 ROPs, fabbed on the 7nm FinFET fabrication process node. Both these custom graphics cards from Gainward will require dual 8-pin PCIe connectors to boot. 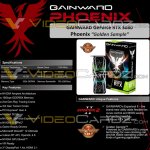 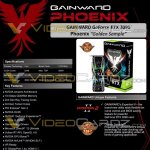 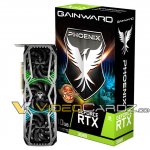 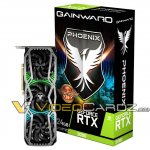 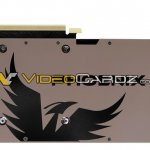