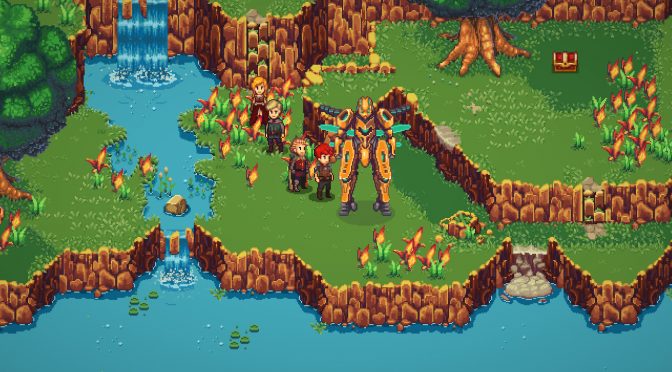 Deck13 and Matthias Linda have released a free demo for their upcoming SNES-style JRPG, Chained Echoes. This demo is based on the game’s pre-alpha build, and will give you a small glimpse at what you can expect from it.

According to Matthias Linda, this free demo will be available for a limited time. From today and until September 7th, PC gamers can head over at its official Steam store page and download it.

Deck13 and Matthias Linda explained why they’ll be taking the demo down on September 7th.

“We will take down the demo around September 7th. We thought about taking it down as soon as Gamescom ends, but we wanted to give everyone a chance to give it a try. Why take it down? The thing is: Yes, it shows off Chained Echoes but it does not represent the final quality of the game. And we’re more than a year away from the release.”

Here are also some additional details about this pre-alpha demo of Chained Echoes.