Now that’s a nice and funny surprise. Remember when Microsoft stated that Alan Wake was a game that could be enjoyed only when sitting on a couch, therefore it should be played on the console? Well, Remedy decided to include this in a funny easter egg. At the beginning of Chapter 2, there is a QR code in Alan’s study.

Players are prompted to scan it and when they do, they get the following message:

“Huh. Turns out this isn’t too bad even if you’re not sitting on a couch when you play it. Who knew!” 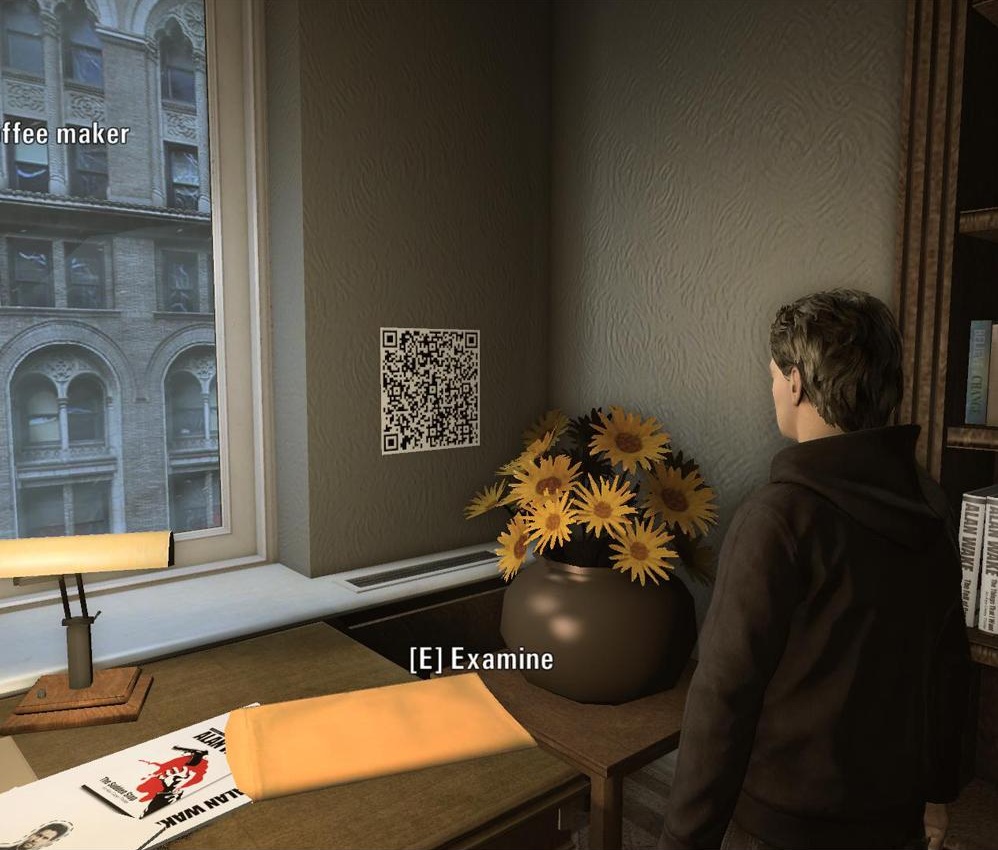