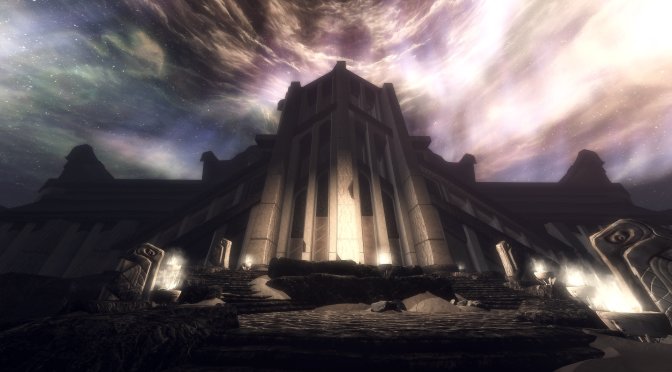 “Battle Grounds: Trials of Mundus is the first installment of this ongoing project, the Trials of Mundus will allow players to battle across 9 different arenas, each with their own unique theme and boss fight. After completing an arena trial you’ll get special items that you can use to craft unique weapons, tools, and spells.

Completing an arena trial gives you a chance at receiving Battle Resource items, unique to each arena’s final boss. Boss items are meant to be somewhat rare & are not guaranteed to drop, some times requiring multiple completions to receive the drop. Elemental runes however are very common, completing any arena will reward you with the corresponding elemental rune of that arena. Once you receive enough Battle Resources you can use them to craft unique & powerful weapons, spells, scrolls, ammo, & tools added by the mod.”

You can download the mod from here. Below you can also find its official trailer.

Speaking of mods for Skyrim Special Edition, we also suggest checking the following ones. Wyrmstooth is an expansion-sized mod that adds new quests and dungeons. Additionally, this mod brings elements from The Witcher games to The Elder Scrolls V: Skyrim. Dragon Hall Tavern is another 2GB DLC-sized mod for Skyrim, adding new quests, locations, arena & more. Then we have Land of Vominhem and Legacy of the Dragonborn. And finally, you should definitely check this Castlevania-inspired mod, as well as this sci-fi city fan expansion and this RTS/City Building Mod.