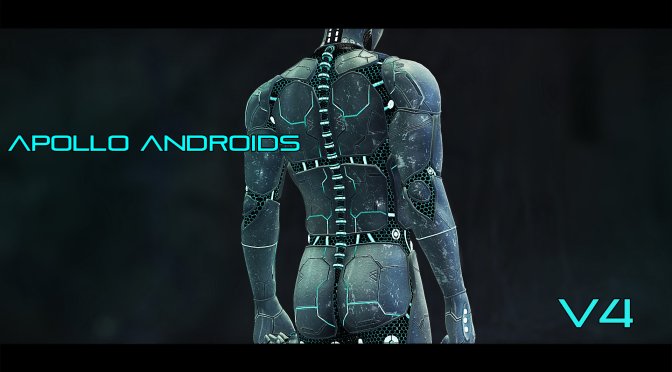 Allnarta and Tomminfinite have released a new mod for Fallout New Vegas that adds a new playable Android race. This is a really cool mod that will change the way you play Fallout New Vegas, so we suggest downloading if you have already finished the game.

Going into more details, this mod features a unique android model traits system. After choosing your race, you will be able to choose between eight developed models of Apollo androids line. Each of these androids has unique traits and unique upper plates color.

The mod also features a dynamic spine which indicates your current HP level. Not only that, but there is a dynamic visual body destruction that is dependant on your HP level.

You can download the mod from here. You can also find below its key features. 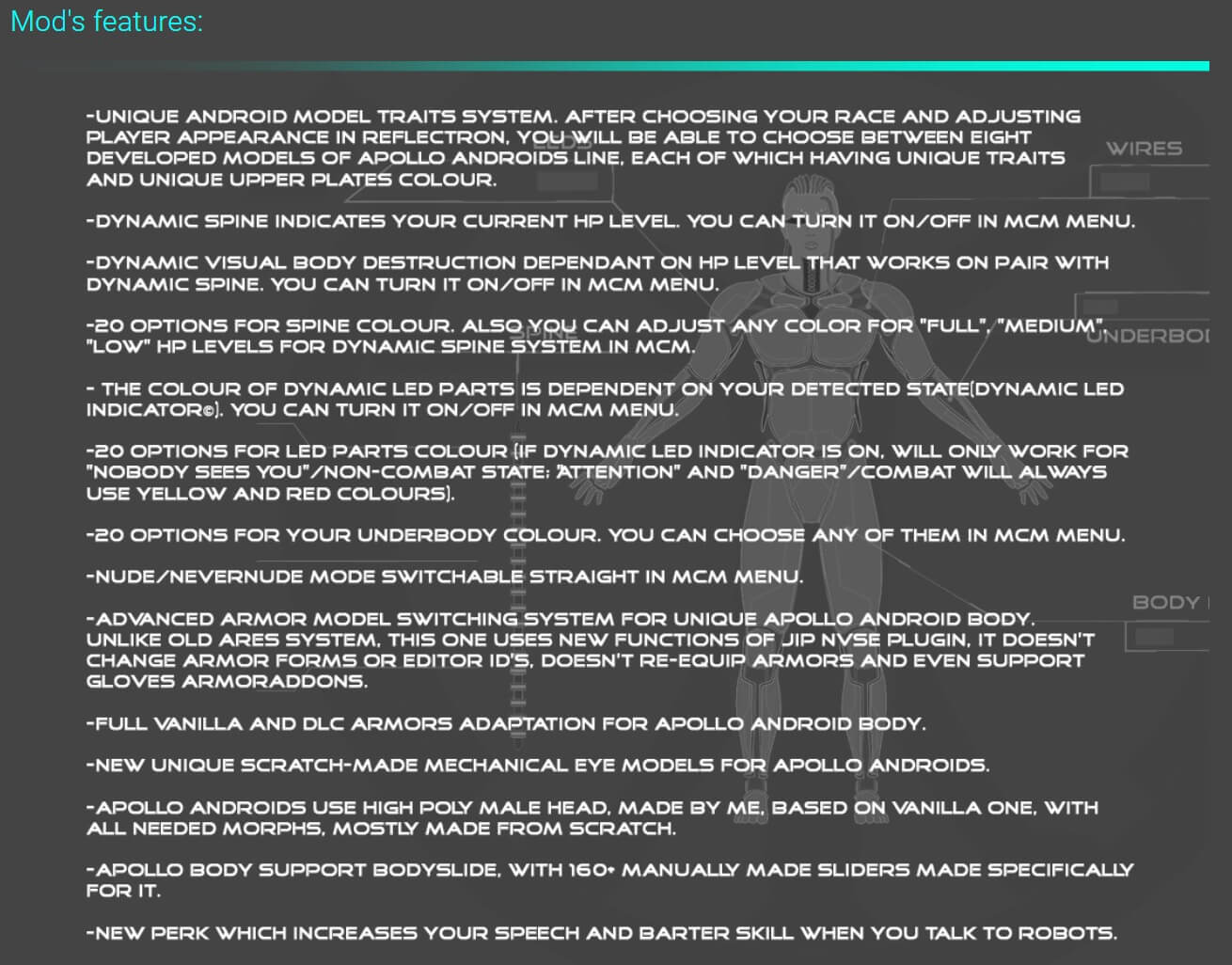 Speaking of Fallout New Vegas, we also suggest taking a look at these other mods. Fallout: Broken City, Fallout Van buren Remake, and Star Wars Open Worlds are three cool DLC-sized fan expansions. You can also download play two other fan expansions, Fallout New California and Fallout The Frontier. Moreover, this HD Texture Pack overhauls all of the game’s landscape textures. And lastly, there is this cool Zombies Mod for Fallout New Vegas.