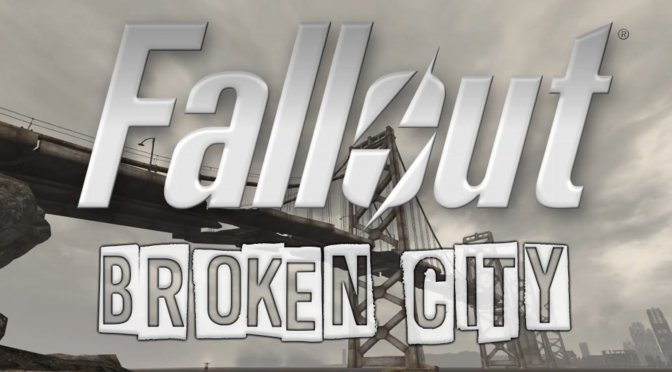 In short, this is a DLC-sized mod, similar to Fallout Frontier and Fallout California. Fallout Broken City also promises to be a unique experience for players both old and new. This mod will also have new gameplay mechanics such as drivable boats, fishing and an underground railway. The modders also claim that it will have incredible scripting and visual effects.

It’s also worth noting that Fallout Broken City will have a new DLC intro video. It will also have a very large worldspace in California – San Francisco. Additionally, players will get a pirate radio station “The Bay” with 2 New DJs and quest.

Lastly, it will have 10 potential human companions, 4 robot companions, and an aquatic companion available depending on player choices.

Now while this sounds excellent, the mod is currently in a really early stage. Dead Shock Studios has released an alpha version that you can download from here. Since this is an alpha version, it does not come with most of the aforementioned features. So yeah, you should temper your expectations (at least for now). We also don’t know whether the team will be able to complete/finish it.

Still, you can go ahead, download, and give this mod a go!