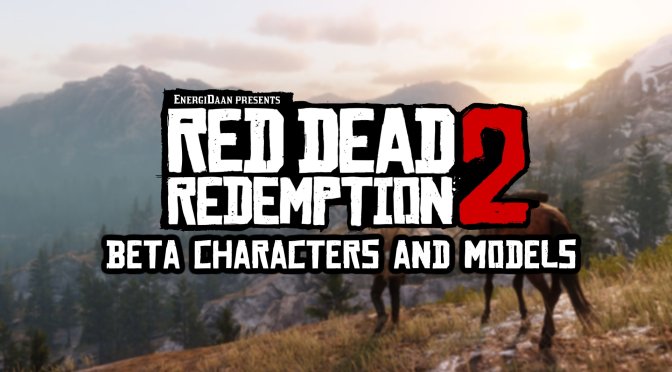 Modder ‘EnergiDaan’ has released a pretty new cool mod for Red Dead Redemption 2. According to the modder, this mod adds in unused models for pedestrians that were present in the game’s beta. Moreover, it introduces unused variants of certain NPCs.

Thus, and by using this mod, you can bring more variety to the game’s world. As such, we suggest downloading it from here.

Speaking of Red Dead Redemption 2, we also suggest taking a look at the following mods. There is a mod that adds “The Matrix” bullet time effect, and there is an AI-enhanced HD Texture Pack for all weapons. Furthermore, this mod adds 13 lore-friendly Mexico map expansions. Another cool mod is this one that enables dismemberment for all pedestrians. And lastly, Red Dead Redemption 2 Chaos Mod can activate random gameplay effect every 45 seconds.