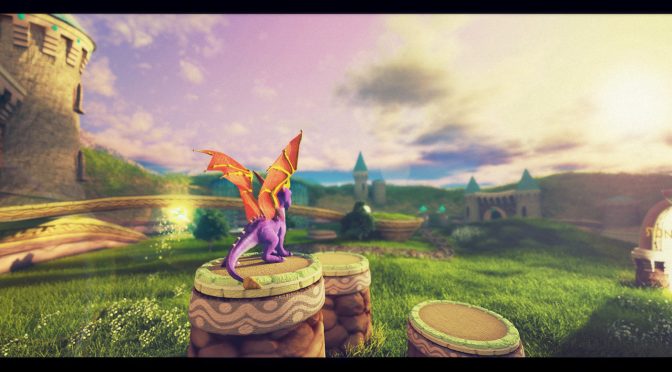 Unreal Engine 4 fans, here are three interesting videos for you today. Ever wondered what Spyro: The Dragon, Sonic R and Rayman would look like in Epic’s latest engine? Well time to find out as some users have been experimenting with such recreations.

The first one is for Sonic R. Sonic R is a racing game that was released on SEGA’s Saturn back in 1997. YouTube’s ‘SilverTom93’ has shared a concept video, showing that game running in Unreal Engine 4. SilverTom93 has exported the original models from the Saturn version, and created a new map in Unreal Engine 4. It looks cool, though we don’t know whether SilverTom93 will add any gameplay functionalities to it.

The second recreation is for the original Rayman. YouTube’s ‘Maxime Carcaillon’ has shared a video, showing a map that was inspired by Rayman’s Picture City world. As with SilverTom93’s video, this feels more like a concept video as there isn’t any gameplay. Still, it will give you a slight idea at what Rayman’s maps could look like in Unreal Engine 4.

Last but not least, YouTube’s ‘Blackcatgame Studios’ has been working on a recreation of Spyro: The Dragon in Unreal Engine 4. Contrary to the previous videos, however, this one shows actual gameplay. This is far from finished and pretty much everything needs to be further polished (from animations to the actual map design), however it undoubtedly looks cool.

Enjoy (also a slight note; the header image is from a different Spyro fan remake in Unreal Engine 4 that was in development back in 2015)!