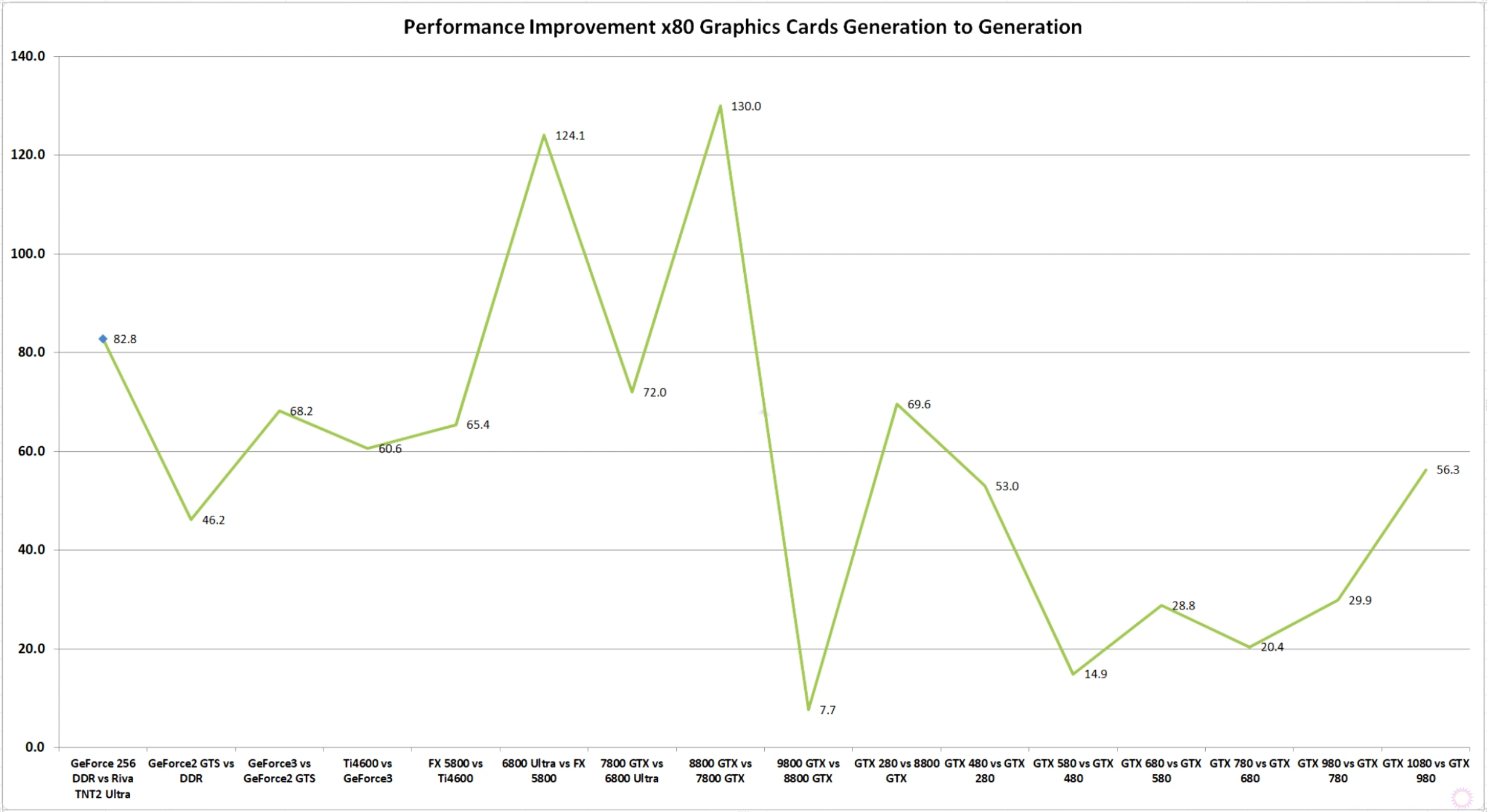 The reason behind this decrease is quite obvious. For starters, AMD cannot keep up with NVIDIA. Due to the lack of competition, NVIDIA does not feel the pressure to release a graphics card that will be way, way better than its previous generation offerings. Obviously, that wasn’t the case a decade ago when ATI was able to compete and surpass NVIDIA’s graphics cards.

Not only that, but NVIDIA has been releasing multiple versions of its high-end GPU. These days we are getting a cut-down version of the high-end GPU (GTX980 and GTX1080 are examples of that), a Titan version that is overpriced, and a proper high-end version (GTX980Ti and GTX1080Ti). As such, NVIDIA gradually increases performance per version, thus giving the impression that every new NVIDIA GPU that comes out is noticeable faster than its previous one.

We strongly suggest watching AdoredTV’s videos if you are interested in the history of NVIDIA’s GeForce GPUs!