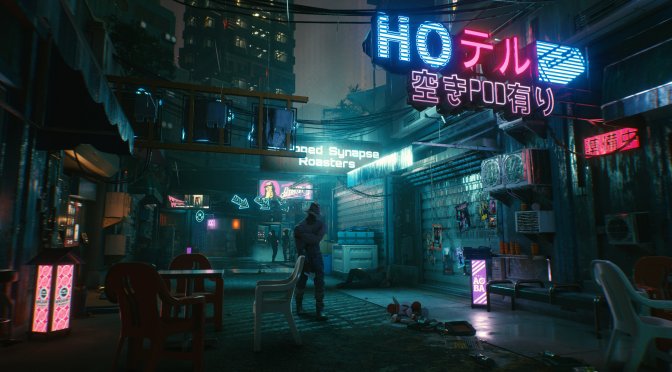 Now here is something that completely passed under our radar. Last week, a 20-seconds gameplay footage from Cyberpunk 2077 surfaced, showing off the game’s Katana melee combat system. And while this video is really short, we’re pretty sure that most Cyberpunk 2077 fans will find it interesting.

As we can see, players can use their Katana in order to deflect bullets. Moreover, players will have a stamina bar, and they will be able to decapitate their enemies.

Cyberpunk 2077 is an RPG that will mainly feature first-person cut-scenes. While there will be some rare third-person cut-scenes, all of the conversations will be in first-person perspective. Moreover, CD Projekt RED has confirmed that it will add a multiplayer mode via a post-launch update.

The game will be also using real-time ray tracing and DLSS 2.0, and promises to be a tech showcase. For instance, the game will have advanced shadow effects from long range shadows and contact shadows, to new Houdini physics simulations for particle effects, fluids, cloth, and more. Now while we don’t know whether these ray tracing effects will be available at launch, we do know that the game will appear on NVIDIA’s streaming service, GeForce Now, at launch day.

Cyberpunk 2077 will release on November 19th.