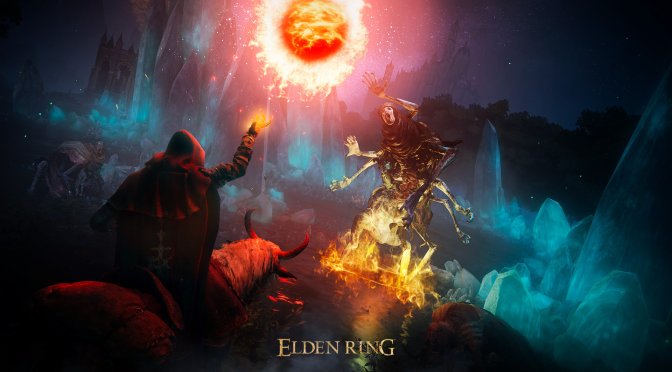 LukeYui, the creator of a co-op mod for Sekiro, is currently working on a seamless co-op mod for Elden Ring. This mod will remove all multiplayer boundaries, and will allow for connections to persist after death.

In short, this will be the best way to play Elden Ring with your friends (and will be way better than what the game currently offers).

Although there isn’t any ETA on when this mod will come out, the modder has shared a video that showcases its latest key features.

Going into more details, this co-op mod will offer proper enemy scaling. Additionally, it will allow players to vote in order to fast travel to different locations. Map waypoints will be synced with other players in the session, making it easier to communicate where you’d like to explore. Furthermore, evergaols, portals, etc. now all work correctly and affect other players in the session.

When dying in a boss fight, you will be unable to respawn and enter a spectator mode until either the boss is dead or every other player dies. This lets bosses keep their challenge while allowing you to stay together in a multiplayer session.

Speaking of mods for Elden Ring, there is a VR Mod in development that looks promising. There is also this mod that removes the awful Chromatic Aberration effect, so be sure to download it. You can also download an easier-to-use Field of View Mod. Flawless Ultrawide is another must-have mod as it enables support for ultra-wide resolutions/monitors. There is also an unofficial Photo Mode. Furthermore, this mod will unlock the game’s framerate. And finally, this mod attempts to fix stuttering by implementing VKD3D fixes natively in DX12.