Targem Games and Gaijin Entertainment have introduced a new PvP game mode to the post-apocalyptic vehicle shooter Crossout, called ‘Battle Royale’. 32 players will fight against each other on the new map ‘Blood Rocks’, which they will search for weapons and equipment to improve their starting vehicle with. Only the last man standing will be able to leave this cruel tournament alive. END_OF_DOCUMENT_TOKEN_TO_BE_REPLACED

Targem Games and Gaijin Entertainment announced that their action MMOG Crossout has kicked off with a landslide launch, attracting more than three million players in less than a month since going public. Players from all over the world have already spent millions of combined hours crafting, fighting, racing and trading in-game. END_OF_DOCUMENT_TOKEN_TO_BE_REPLACED

Targem Games and Gaijin Entertainment announced that they will launch their post-apocalyptic free-to-play Action MMOG Crossout on May 30th. As the press release reads, Crossout is set in 2047 after a mysterious viral epidemic known as the ‘Crossout’ which has laid waste to most of the population on Earth. END_OF_DOCUMENT_TOKEN_TO_BE_REPLACED 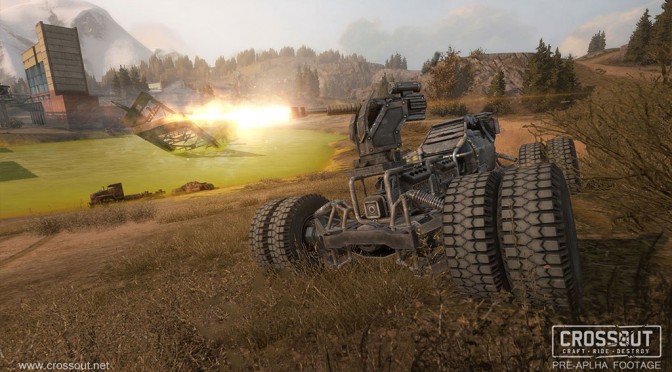