“Crossout is about customization, the freedom to construct the most destructive vehicles to wage war against your enemies. Trading, earning or purchasing parts and upgrades for vehicles, survivors can build the perfect fighting machine to their own preference, taking into account how each new addition affects the whole vehicle’s performance.”

Players will be able to create any kind of combat vehicle from the speediest buggy to the heaviest of off-road vehicles to reflect their warrior sense of gameplay. Offering complete customisation, Crossout promises to give players thousands of possibilities to design their vehicle, including shape, armor, weapons, support systems and, of course, cosmetic enhancements.

Players also have multiple options when it comes to mass destruction – combat vehicles can be equipped with an explosive range of weapons from chainsaws, power drills and machine guns, to rocket launchers, flying drones and stealth generators. Featuring an advanced damage model, destroy any part of an enemy machine and it will affect that vehicle’s performance.

“When destroying your enemy’s gun with a precise shot and leaving him defenseless, that creates a lot of satisfaction. And when you reach the enemy’s base, crawling on the only two wheels left, that’s even more exciting.” 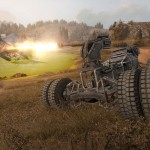 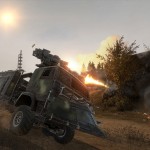 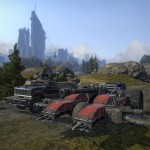 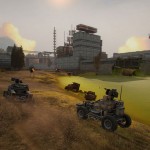 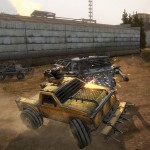 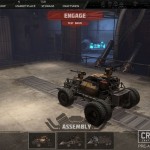