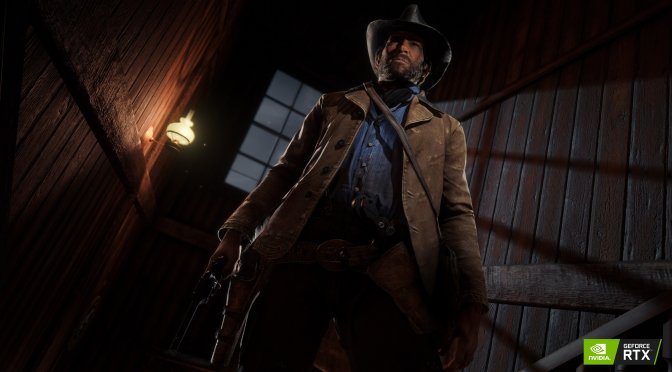 NVIDIA has just released three new 4K PC screenshots for Red Dead Redemption 2. This screenshots are most likely with all the bells and whistles enabled, and showcase how the PC version will look like.

Now before getting your hopes up, that logo at the bottom right does not confirm any Ray Tracing effects. From what we know so far, the game will not feature any. My guess is that NVIDIA included it to simply promote its RTX 20 series graphics cards.

Rockstar has stated that the PC version will have increased draw distances for better navigation, higher quality global illumination and ambient occlusion for improved day and night lighting, and higher quality snow trails. Furthermore, the game will have improved reflections and deeper, higher resolution shadows at all distances. Tessellated tree textures and improved grass and fur textures will be also added for extra realism.

Red Dead Redemption 2 releases on the PC on November 5th.