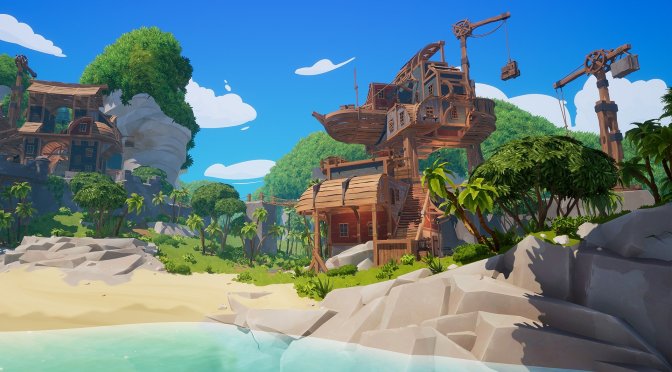 Iceberg Interactive has revealed a new pirate battle royale game, Blazing Sails. This new BR game is coming to Steam Early Access in Early 2020, and you can find its debut trailer below.

In Blazing Sails, players can create their own unique pirate and ship. Players will band together with other players to command their mighty vessel. They will also be able to navigate land and sea for loot, resources, unique weapons and ship upgrades.

According to the game’s description, every mechanic in Blazing Sails is designed to be fast and easy. Moreover, tactics and communication will be key to winning a battle.

The game will have unique weapons and a unique respawn system. Players will keep respawning until their enemies destroy and sink their ship.

Lastly, the game will feature fully customizable characters and ships.