Nvidia has finally released a new beta driver for Tomb Raider, so it’s time to see how this title performs on the PC platform. The PC version of Tomb Raider was developed by Nixxes, the same studio that was behind Deus Ex: Human Revolution and Hitman: Absolution. DE:HR suffered from some minor stuttering issues, but was – generally speaking – an amazing PC version of a multi-platform game. Hitman: Absolution, on the other hand, suffered from optimization issues. Not only that, but some graphical effects of Hitman: Absolution were calculated by the CPU instead of the GPU. Truth be told, we were a bit worried about this whole thing and it appears that Tomb Raider also suffers from various optimization issues (though this time around, the CPU is not calculating any graphical effect).

We tested Tomb Raider PC with a Q9650 (4.2Ghz), an Nvidia GTX690, 4GB RAM, Windows 7-64Bit and the latest version of the GeForce ForceWare drivers. As you may already know, Nvidia had a lot of trouble with this title as the final code was sent to them in the last minute. Nvidia asked us to wait for this driver as it would improve the game’s performance and stability, and that’s precisely why we did not publish our analysis earlier than today. And even though there is a significant performance boost with these new drivers, there are still a lot of crashes caused by the game’s tessellation setting.

This means that Nvidia users will have to either disable tessellation with Tomb Raider’s updated profile, or use Hitman: Absolution’s profile. The bad news here is that Hitman’s profile does not feature those performance improvements that were introduced by Nvidia, even though the game is stable and does not crash when tessellation is enabled. It’s a really weird situation, but we’d suggest sticking with the default profile for the time being (and disable tessellation). 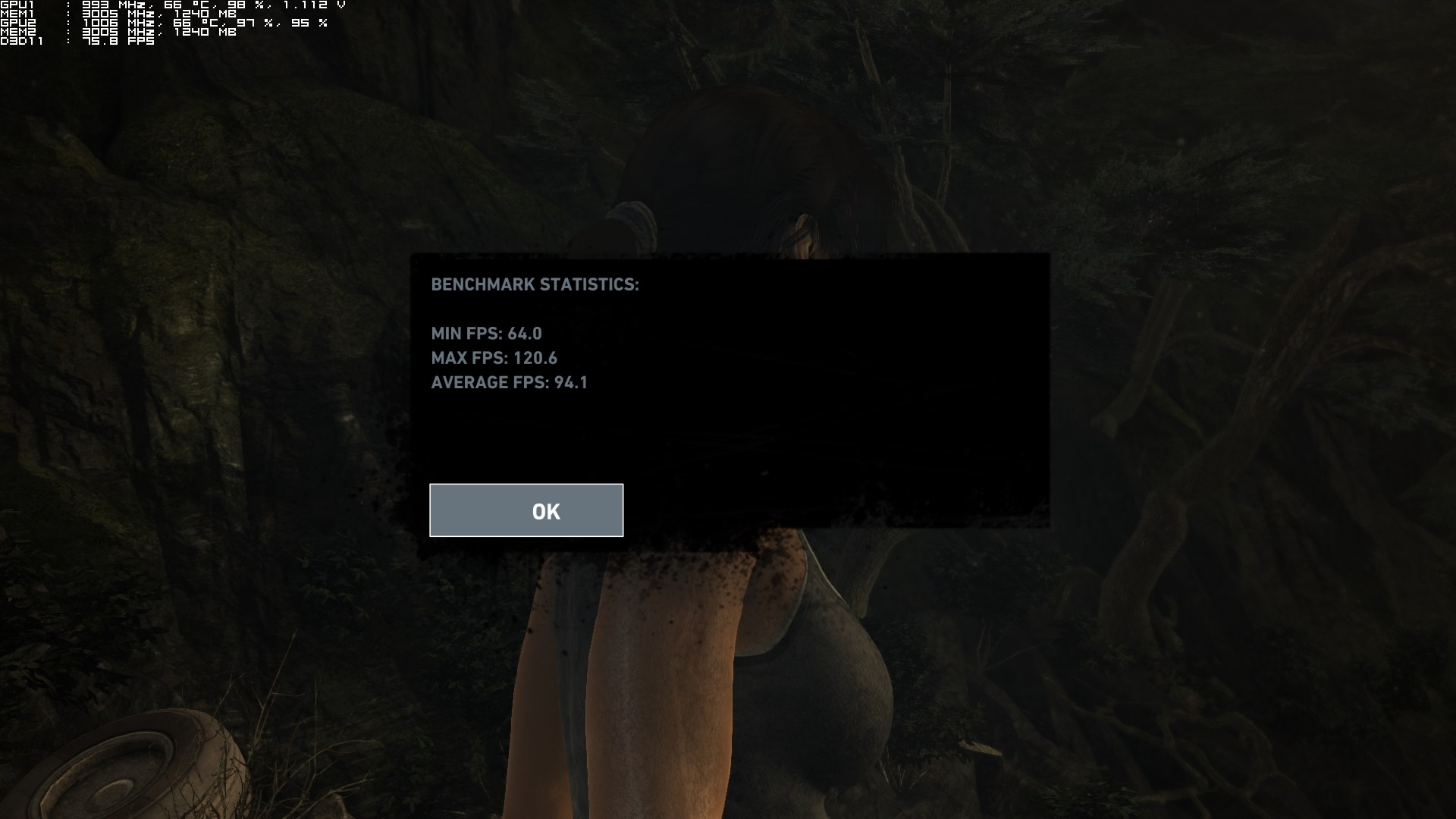 Tomb Raider is a GPU bound game. Even without TressFX enabled, our GTX690 was used to its fullest. SLI scaling is incredible, though there are some scenes when things go crazy and GPU utilization drops to a mere 40%. But let’s not be hasty. Tomb Raider’s benchmark ran with 90fps (average framerate) at 1080p with Ultimate settings (plus Ultra Shadows). We wanted to stress our card, therefore we tried both 2xSSAA and 4xSSAA. As said and before, our 690 was used to its fullest, resulting in 65fps and 53fps, respectively. However, the benchmark tool is not indicative of how the game actually runs, as we had a lower average framerate while we were gaming (with 2xSSAA enabled). We also tried to see how a single GTX680 performs, and things are not looking good for those interested in enabling TressFX with AA. Tomb Raider’s benchmark ran with 34fps (TressFX with 2xSSAA) and its minimum framerate was 24fps. Yes, this is like playing the console version (only this one looks way prettier) but still, we don’t think PC gamers will enjoy such low framerates on their high-end GPUs. When we replaced 2xSSAA with FXAA, we saw a jump to 45fps and when we reverted shadows to normal, we saw a smaller jump to 49.9fps. In other words, don’t expect to run Tomb Raider’s TressFX with 60fps if you are owners of a GTX680.

As said, Tomb Raider suffers from various optimization issues. Before going into more details, know that there is a 14fps difference between a dual-core and a quad-core processor. Tomb Raider benefits from a quad-core, and we strongly suggest using one. However, there are scenes where the game is unable to take advantage of them and runs awful. After the cut-scene in which Lara finds Roth (wounded after his fight with the wolves), there is an area that is plagued by those performance issues. As we can clearly see, that scene runs with only 36fps (and with a really low GPU utilization). Naturally, some may say that our GPU is limited by the CPU, however that’s not the case. Let’s take a look at what is going on then, shall we? 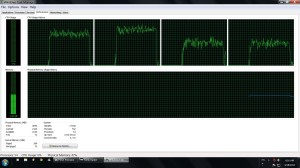 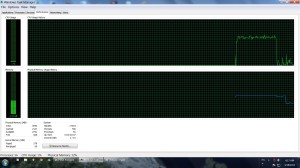 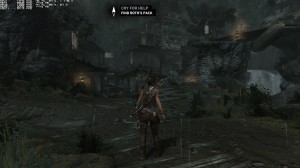 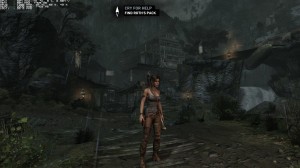 It’s pretty obvious from these graphs that our Q9650 was not stressed at all in this particular scene. Our Q9650 was used at only 60% and even though the game benefits from more than two cores, our CPU scaling was mediocre. It’s ironic that a game runs this bad while using 60% of our CPU and 40% of our GPU. During that scene, the game used mostly two of our cores, while the other two were underused. Not only that, but even the first two cores were not pushed to their limits, something that we’ve witnessed in other games like Crysis 3 and Far Cry 3. In order to avoid any negative SLI scaling issues, we also tried this scene in Single-GPU mode and as we can see, the game ran with the same framerate (and even that single GPU core was not used to its fullest). This is hard evidence that the game suffers from optimization issues, issues that have not been addressed despite the game receiving a number of patches lately.

Graphics wise, Tomb Raider is a great looker. Tessellation makes a big difference (though as we said most Nvidia users will have to disable it) and the TressFX tech looks neat (despite some flickering and clipping issues that were introduced with the latest patch). However, it comes with a big performance hit (we’re talking about a 30fps hit, even with the latest patch). Nixxes claimed that the PC version uses – in some occasions – textures of higher quality (even by a 16x margin) from those found in the console versions. While this is true, there are still a lot of low-resolution textures that can be easily spotted. Lara can move bushes while running, and there are some interesting graphical effects (like the blurring of objects that are close to the camera thanks to the new DOF techniques that have been used). Tomb Raider is not as impressive as Crysis 3 and there are a lot of invisible walls, however it does look better than most current triple-A titles.

All in all, Tomb Raider looks – overall – sexy, and although TressFX is cool, it comes with a big performance hit. Tomb Raider is mainly a GPU-bound title, and you will need a really high-end card in order to enable all of its graphical features. However, we were slightly disappointed by both Nvidia and Nixxes. We were disappointed by Nvidia because its latest driver is still plagued with several crashes when tessellation is enabled, and we were disappointed by Nixxes because there are a lot of scenes with optimization issues (this applies to both Nvidia and AMD users).Here is hoping that both of these companies will be able to address the aforementioned issues sooner than later. 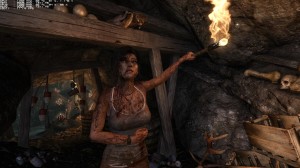 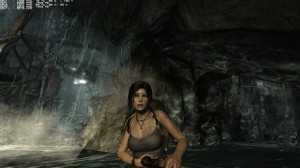 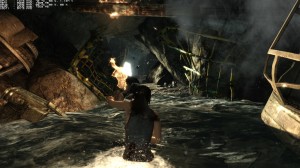 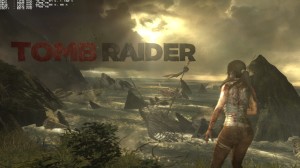 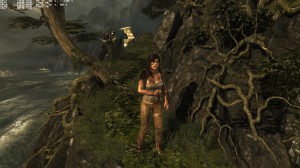 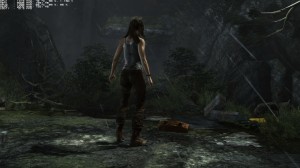 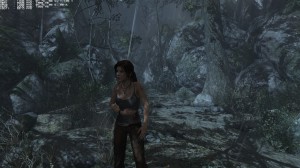 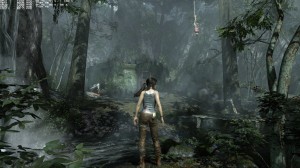 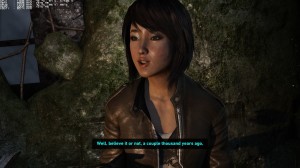 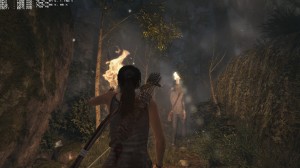 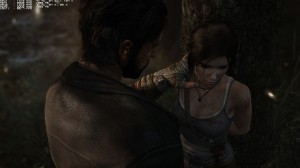 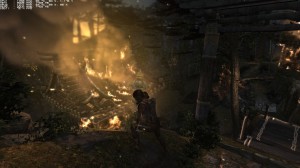