Square Enix has announced that Marvel’s Avengers has launched a free update with the first of the game’s end-game challenges: Omega-Level Threat: Family Reunion.

Omega-Level Threat missions require full four-player strike teams at Power Level 145 (the game’s maximum Power Level of 150 is recommended) and though players can run them as many times as they’d like, Omega-Level Threats award the highest-end gear for success once per week.

This latest free game update also adds the player-requested ability to run existing Mega Hive missions with other players and makes permanent the popular multiple-heroes feature that first debuted as a part of the Tachyon Anomaly event in April. Players can now form teams online with more than one of the same Super Hero for any multiplayer mission.

“End-game multiplayer content like Omega-Level Threat missions and multiplayer Mega Hives are at the top of our players’ wishlists. Therefore, we’re excited to deliver this update today. In addition, making the multiple heroes feature permanent means that finding groups will be much faster. There’s never been a better time to play Marvel’s Avengers!” 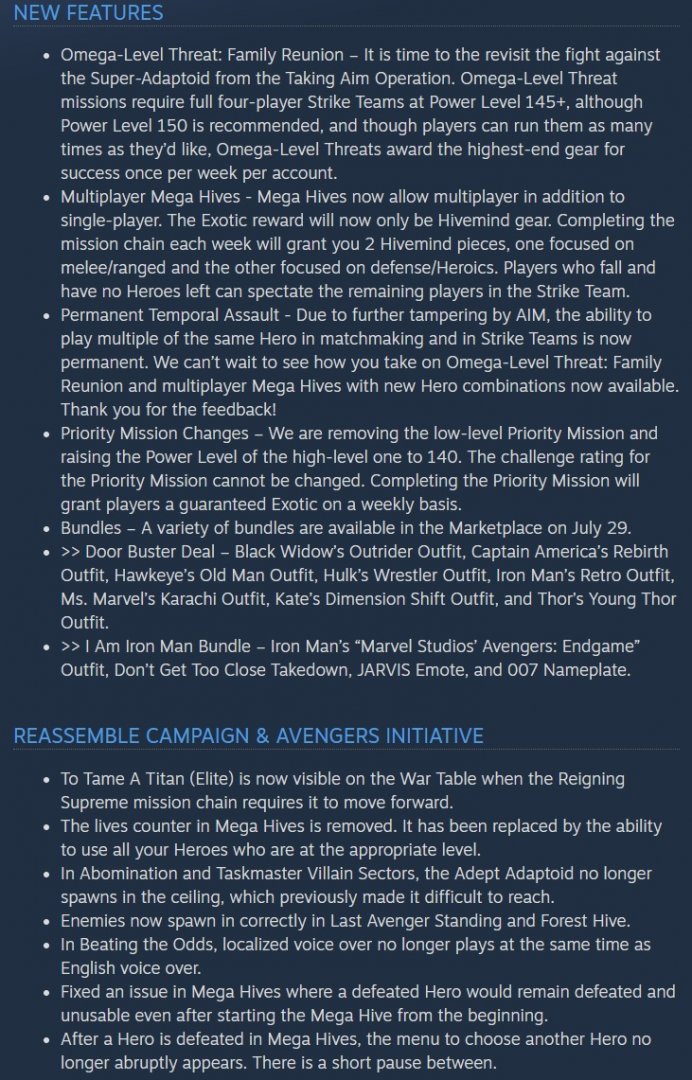 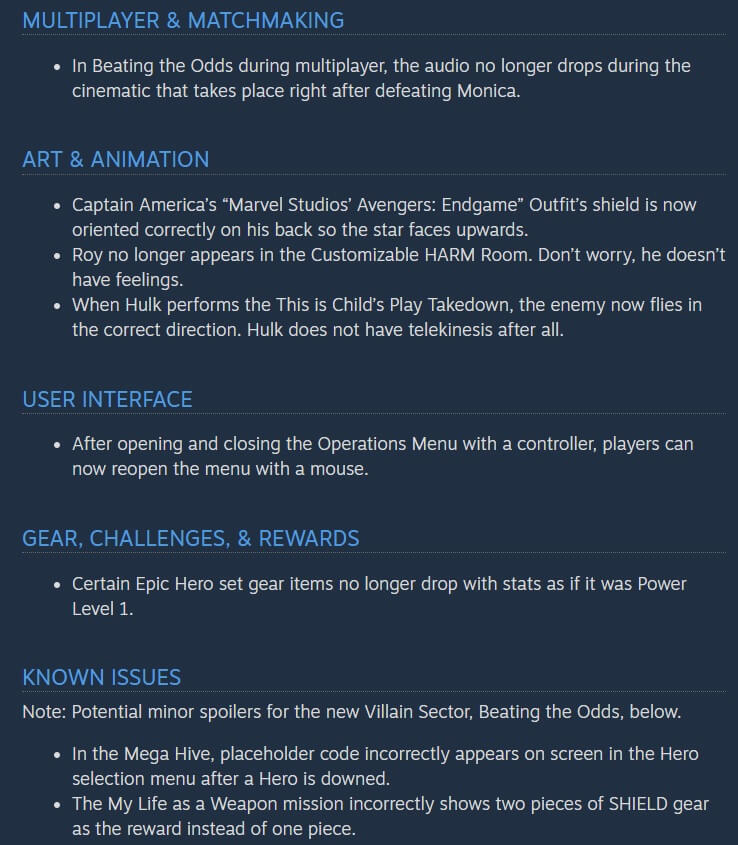