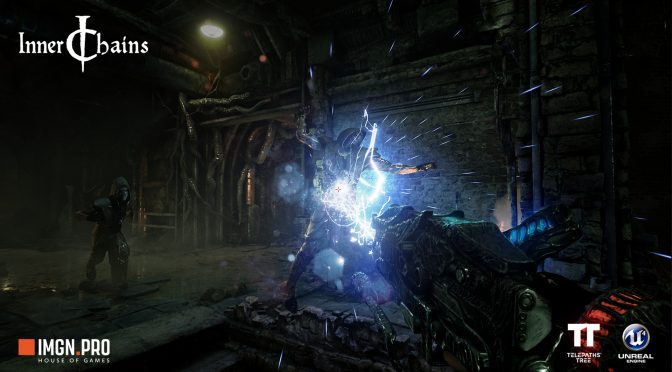 IMGN.PRO and Telepaths’ Tree have announced the release of Inner Chains. Inner Chains is a FPS horror game set in a dark, surreal, and deadly biomechanical world and in order to celebrate this announcement, IMGN.PRO released the game’s launch trailer that can be viewed below.

In Inner Chains, players will have to get to a mythical place called the Last Hope and leave its sick, degenerated, dying planet once and for all.

“You embark on your journey full of fanatical zeal, but soon it becomes clear that nothing is what it seems in this strange world. To discover your role in it, you’ll have to fight for survival, face hostile fauna and flora, overcome your own weaknesses, remain vigilant to your surroundings, and explore the secrets of the game’s world. Your survival depends entirely on your watchfulness, logical judgment, quick reflexes, accuracy, and your ability to use your surroundings to your advantage.”

Inner Chains - The Beginning of The End - Release Trailer