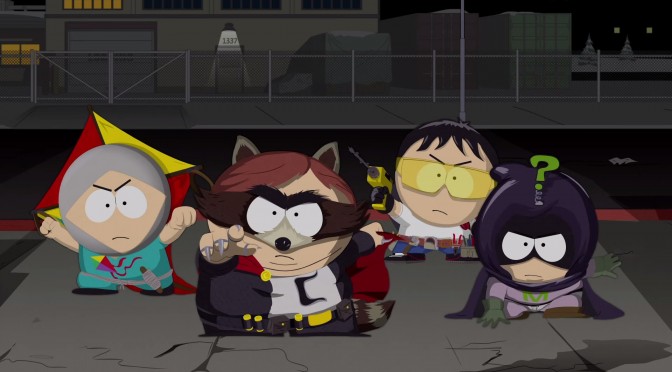 Ubisoft and South Park Digital Studios announced today that South Park: The Fractured But Whole will be available on October 17th. In order to celebrate this announcement, the French publisher released a new trailer for this upcoming South Park game that can be viewed below.

Continuing in their role as the New Kid, players will discover their backstory, assemble their unique costumes, and harness their fart-based powers from numerous hero classes to create their own original hero.

The game will feature an all-new combat system that will offer unique opportunities to master space and time while on the battlefield, and a revamped looting and crafting system that will give players the freedom to craft their own equipment to aid them in battle.

South Park: The Fractured But Whole Trailer – The Farting Vigilante