Tomb Raider has just been released – in pretty much every region – but it seems that Nvidia users won’t be able to enjoy Crystal Dynamics’ title as the final build is seriously bugged for all Nvidia users. According to Nvidia, the final build of Tomb Raider suffers from performance and stability issues, and we can confirm that there are indeed major issues with this title, even with the latest GeForce Beta drivers.

“We are aware of major performance and stability issues with GeForce GPUs running Tomb Raider with maximum settings. Unfortunately, NVIDIA didn’t receive final code until this past weekend which substantially decreased stability, image quality and performance over a build we were previously provided. We are working closely with Crystal Dynamics to address and resolve all game issues as quickly as possible.

In the meantime, we would like to apologize to GeForce users that are not able to have a great experience playing Tomb Raider, as they have come to expect with all of their favorite PC games.”

Even though the game’s benchmark ran comfortably well with our GTX690, we’ve encountered big white squares while looking around, SSAA was not working at all, downsampling was – for some weird reason – not working at all, and we’ve also witnessed random crashes (driver resets). 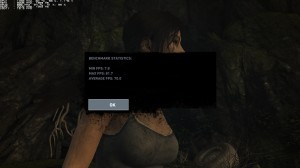 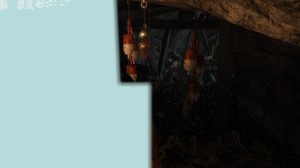 This obviously means that our Performance Analysis will be slightly delayed until Nvidia fixes those issues. Users have reported that the Hitman profile works fine with Tomb Raider, though we’d recommend waiting for Nvidia to officially fix all of Tomb Raider’s issues via a new driver.

Nvidia’s Senior PR Manager, Bryan Del Rizzo, has contacted us about Tomb Raider’s issues. According to Bryan, Nixxes will also have to release an update for this game. “Please be advised that these issues cannot be completely resolved by an NVIDIA driver” said Bryan and continued. “The developer will need to make code changes on their end to fix the issues on GeForce GPUs as well.“