It appears that AMD has been up to something lately, as the red team teased today a ‘super-secret project’ that is said to be ‘super cool’. Although AMD could not reveal much, it released two Work-In-Progress screenshots from that project that can be viewed below. AMD will unveil more information about this project in the coming weeks. For now, enjoy the screenshots and stay tuned for more! 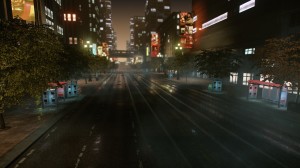