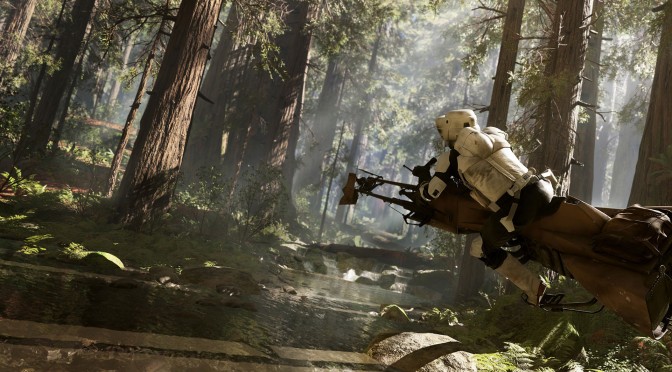 Electronic Arts and DICE have finally revealed the in-engine trailer for Star Wars: Battlefront. And while the company claimed that this is what the game actually looks like, we can safely say that the game won’t look anything close to this. For instance, LODs are ridiculously high there are no pop-ins. Let’s not exclude the ridiculously detailed textures that have been used and the lighting system that puts the entire Crysis franchise to shame. We’d love the final game to look similar to this, but until DICE reveals proper gameplay footage, we’ll simply be cautious about this whole ‘in-engine’ stuff. Oh, and the game releases on November 17th. Enjoy!