As Niklas revealed, everything we saw in the game’s reveal trailer was in-engine using the game’s in-game models. It appears then that DICE has implemented “Photogrammetry” in Frostbite, because those trees look way beyond anything we’ve seen this far.

DICE focused on the original trilogy of Star Wars, so don’t expect environment found in episodes I, II or III.

Niklas also revealed that the battle of Jakku will not be a day one dlc. Instead, it will be free content as DICE wants everyone to enjoy it as soon as possible.

Going into more details about the actual gameplay. Players will be able to take to the skies over our planets and dogfight with squadrons of starfighters, and they will be able to pilot AT-STs, as well as many more iconic vehicles, like X-wings and Tie fighters.

Star Wars: Battlefront will come with 4 iconic planets, and it will have varying map sizes, from large to small, to cater to different experiences and different modes.

Players will be able to switch between first and third person viewpoints on the fly, and the game will come with “Missions” that will allow players to play solo or cooperatively with bots on or offline.

Last but not least, the shield is a Battlefront powerup, and we have many more to reveal in the future, and heroes depend heavily on the game mode. Oh, and there will be more iconic characters than Darth Vader and Boba Fett. 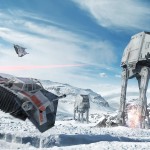 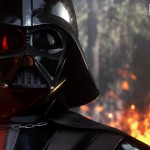 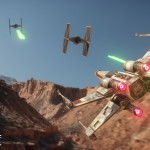 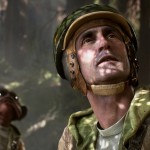 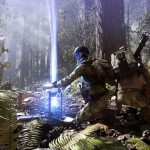