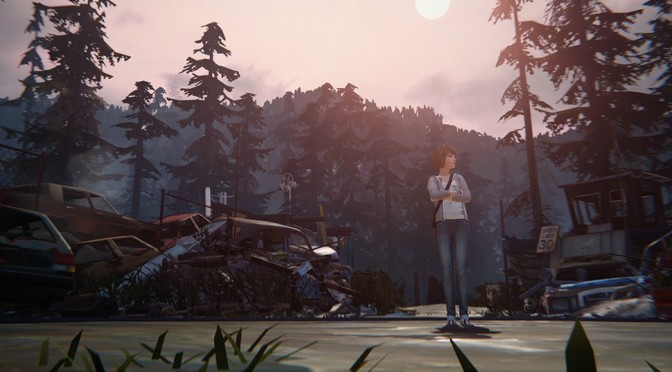 It's great to hear so many of you are excited for Episode 3 which will be released in May! (official date TBA) pic.twitter.com/jIp7upU2u9

Life is Strange takes place in the fictional town of Arcadia Bay, Oregon, where senior student Max Caulfield returns after a 5 year absence. Reunited with her former friend Chloe, the pair will attempt to uncover the uncomfortable truth behind the mysterious disappearance of fellow student Rachel Amber.

As Square Enix had previously noted:

Episode 1: Chrysalis was just the beginning of our story, it was an introduction to the characters, to Blackwell Academy and to Arcadia Bay, but there is much more to come. Will Max and Chloe discover what has happened to Rachel Amber? Why does Max have this vision of a tornado? And what is the weird snow storm about? There are plenty of secrets lurking in Arcadia Bay…

In Episode 2: Out of Time you will start to see much of your choices affecting the story in a lot of different ways, be prepared for some surprises! You will also discover new locations as Max will go outside of Blackwell Academy and start exploring new areas in Arcadia Bay. You’ll be able to learn more about the town, its inhabitants, and the social issues it’s facing. On top of this, new and important characters will be introduced, as well as having a lot of difficult choices to make.