Capcom has announced that Resident Evil 7 has sold 4 million copies worldwide. However, and while the PC port is arguably a great one, the Resident Evil 7 PC sales are not that strong. According to SteamSpy, the game sold around 500K copies on the PC platform. 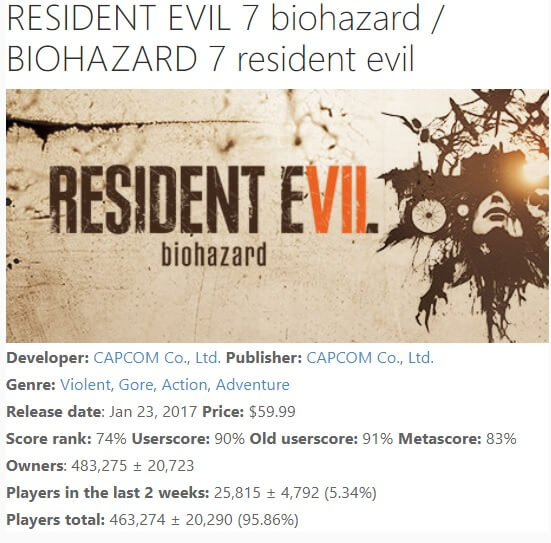 Truth be told, the game still sits at 49,99€ so we don’t know how things will change once Capcom starts offering it at lower prices. A big discount may also boost overall PC sales. After all, October is the perfect month for such an offer.

Contrary to previous Resident Evil games, Resident Evil 7 is a first-person horror survival title. Resident Evil 7. And even though it did not meet Capcom’s sales expectations, it did recoup its development cost.

Resident Evil 7 will receive a free DLC, Not a Hero, on December 12th!