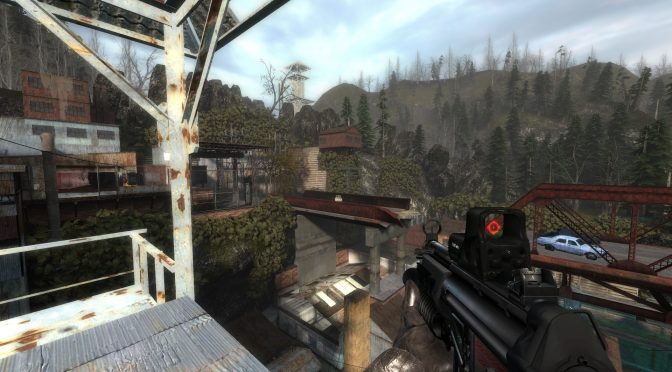 The modder is looking into creating two modes for this mod. The “Extended Branch” will pack similar features to FakeFactor’s Cinematic mod. On the other hand, the “Basic Branch” aims to satisfy the people who don’t like the FakeFactory’s character models and other non-canon things.

This basically means that the “Basic Branch” will include as much vanilla content/assets as possible. There will be some slight updates here and there, however there won’t be drastic changes. As such, it will mostly feature the visually enhanced maps and some visuals from original game. The “Extended Branch” will include all previously announced/shown changes, gameplay tweaks, updates, and custom gameplay features.

The modder also plans to add new plot junctions/alternate ways, meaning that player can choose how to act in different situations. Moreover, the modder is trying to restore the beta maps of Episodes 1 & 2, and may add some new locations too.