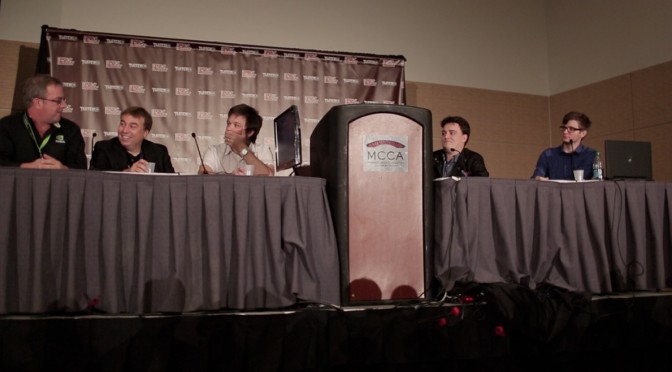 During PAX East, a panel was held that discussed the present and the future of PC gaming. In that panel, Oculus VR founder Palmer Luckey, Planetside 2 Creative Director Matt Higby, Star Citizen Creative Director Chris Roberts and Nvidia’s Director of Technical marketing Tom Petersen shared things that most of us already were aware of.

PC gaming is doing great and there is a huge market for developers. After all, we’ve seen a lot of developers pushing their titles on the PC lately, something that further strengthens this assumption.

The aforementioned speakers agreed that piracy is something that needs to be dealt without making it harder for legitimate owners to download their own games. As they noted, “the way to kill piracy is to make it more convenient to simply download a game legitimately than to go through the rigamarole of pirating it.” Common sense everyone. Common sense. Everyone also agreed that digital distribution has boosted the sales of PC games (again, common sense).

Furthermore, Petersen revealed that there are currently 26 million users that use GeForce Experience to automatically configure the settings of their games.

Last but not least, Chris Roberts gave big props to Microsoft for DX12, though he did say that it’s still an on-going fight to convince MS that there isn’t just Xbox, and that they should again start focusing on the PC platform (as that platform has made them a lot of money).

Kudos to our reader ‘PcRules’ for informing us and to Dualshockers for reporting the news.