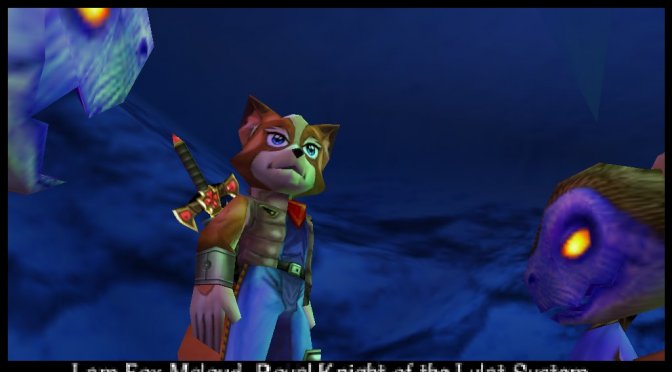 For those wondering, Dinosaur Planet was a Nintendo 64 game that Rare has been working on. However, the team decided to cancel it, alter some features, and release it on Nintendo Gamecube as Star Fox Adventures.

As Forest of Illusion claimed:

“We purchased this disc containing the build from a private game collector in Sweden. The file date lists the build as being from December 1st 2000. It seems to be quite a late build of the game which is great, but it will need some hacking to be fully playable to the end.”

PC gamers can run and experience this cancelled Nintendo 64 game via emulators. However, it appears that emulation is not yet 100% accurate. As such, you can expect many graphical issues with shadows and lighting, and some slowdown.

You can download the ROM for Dinosaur Planet from here. Since this is a cancelled game, we don’t really consider it as a pirated game. Still, we are almost certain that Nintendo will try to take it down, so be sure to download it while you still can.

One Hour of Dinosaur Planet Gameplay Including the First 18 Minutes