I’m pretty sure that a lot of gamers are looking forward to NVIDIA’s next generation GeForce gaming cards. However, and according to NVIDIA’s CEO Jensen Huang, we won’t see the new generation of GeForce cards for a long time.

When asked by reporters at Computex 2018 when the next generation of GeForce cards will launch, Huang said that it is a long time from now.

According to earlier reports, NVIDIA was preparing a July release for its new GeForce graphics cards, rumoured to be named GeForce 1180, with third-party models coming in August. However, and according to what Huang stated, these new GeForce GPUs won’t be released this Summer. Unless of course Huang was lying about it (because let’s be realistic; an August release is a couple months away, not “a long time from now“).

What’s really interesting here is that the green team will talk about its next-generation mainstream GPUs at the Hot Chips 30 symposium in August.

Apparently NVIDIA will not be talking about its next generation mainstream GPUs at the Hot Chips 30 symposium in August. So yeah, don’t expect the new GeForce cards anytime soon. 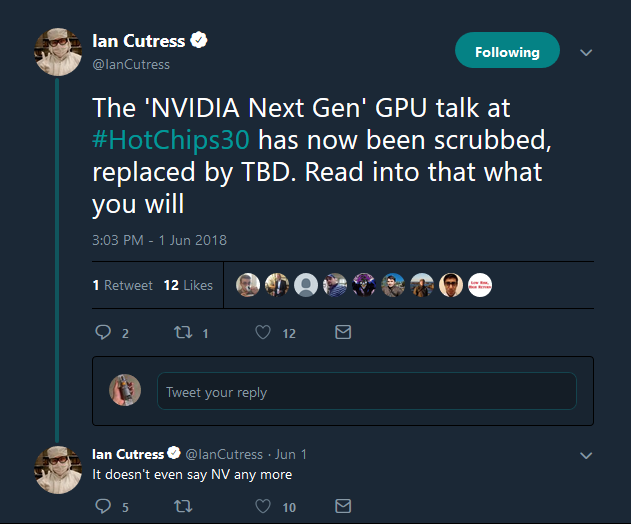