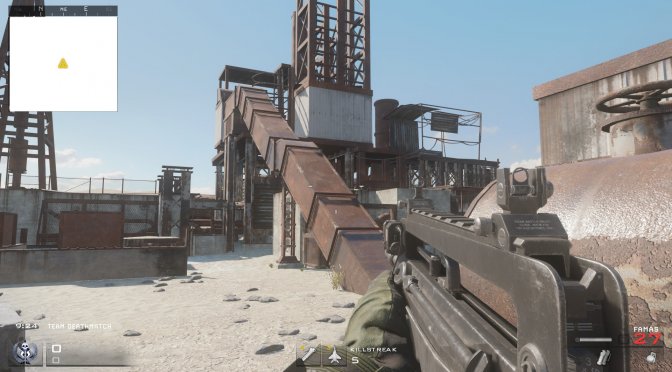 A lot of gamers were disappointed when Call of Duty: Modern Warfare 2 Remastered shipped without a multiplayer mode. And, in a shocking turn of events, a team of modders is working into bringing this to the Black Ops 3.

While we don’t know much yet, its team will have a public discord and Twitter soon so it can share more details. Furthermore, you can find below the first screenshots from this unofficial remake of the MW2 Remastered MP in Black Ops 3.

Ill let the cat out the bag. A team of us are remastering MW2 Multiplayer in Black Ops 3! We will have a public discord and twitter soon giving you all the answers to your questions.. for now enjoy this early screenshot of Rust! pic.twitter.com/zf0NYIrZFG

As we can see, the team will recreate the maps that were present in Modern Warfare 2 Multiplayer in the Black Ops 3 Engine. Naturally, this mod will only be available for the PC. However, do note that this project is still in a very early stage.

So yeah, while it’s cool witnessing such a mod, we don’t really know whether its team will be able to pull it off. We also don’t know whether it will be a simple map pack or not. Does this team aim to also remake the gameplay mechanics of Modern Warfare 2 in Black Ops 3? Or will this “remake” play and feel like Black Ops 3?

Additionally, we don’t know whether Activision will send them a C&D letter. Theoretically, this mod should be safe. But hey, that’s Activision we’re talking about.

In short, there are a lot of variables here. Let’s at least hope that the team will deliver what it’s promising.