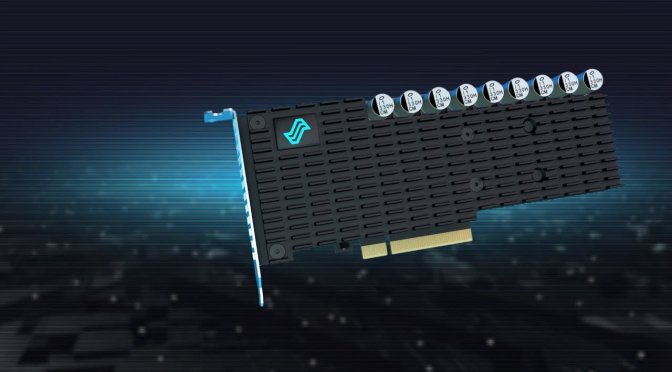 Sony and Epic Games have been describing the PS5 SSD as something that high-end SSDs cannot come close to. In fact, Epic Games’ CEO, Tim Sweeney, claimed that the PS5 SSD is far ahead of anything that you can buy in any PC for any amount of money right now. Well, apparently he was wrong as there is already an SSD that is way faster than the PS5 SSD.

For reference, the PS5 SSD will provide up to 9GB/s speeds. So yeah, it won’t be the fastest SSD on the planet as some companies are presenting it.

Now obviously this SSD is not meant for you or me. This is an SSD for enterprises, and not for gamers. However, I want remind you Tim Sweeney’s comment.

“The PS5 SSD is far ahead of anything that you can buy in any PC for any amount of money right now.”

Well… nope. If money is no object, you can get a faster SSD on the PC. But then again, that wouldn’t make those lovely headlines. What Tim should have said was that the PS5 SSD is faster than any SSD PC gamers can afford right now. And he would be right.

All in all, we’re not saying that the PS5 SSD won’t be a beast. We are saying that people should not be over-hyping products. As simple as that.

LinusTechTips has benchmarked this SSD, so be sure to watch the video!

Linus apologized to Tim Sweeney for his comments.

I’ve Disappointed and Embarrassed Myself.