Our dear friends over at PCGamesHardware have published the first DX12 benchmarks for Fable Legends. Fable Legends is powered by Unreal Engine 4 and will be a F2P title, and these first benchmarks will give you a glimpse at the game’s performance at 1080p (as well as 2160p) with its bells and whistles enabled.

As we can see, EVGA’s Superclocked GTX980Ti is at the top, followed by the Titan X and AMD’s R9 Fury X. The difference between the Titan X and the R9 Fury X is only 1-2 frames, suggesting that this latest DX12 benchmark is also taking advantage of DX 12’s Async Compute. 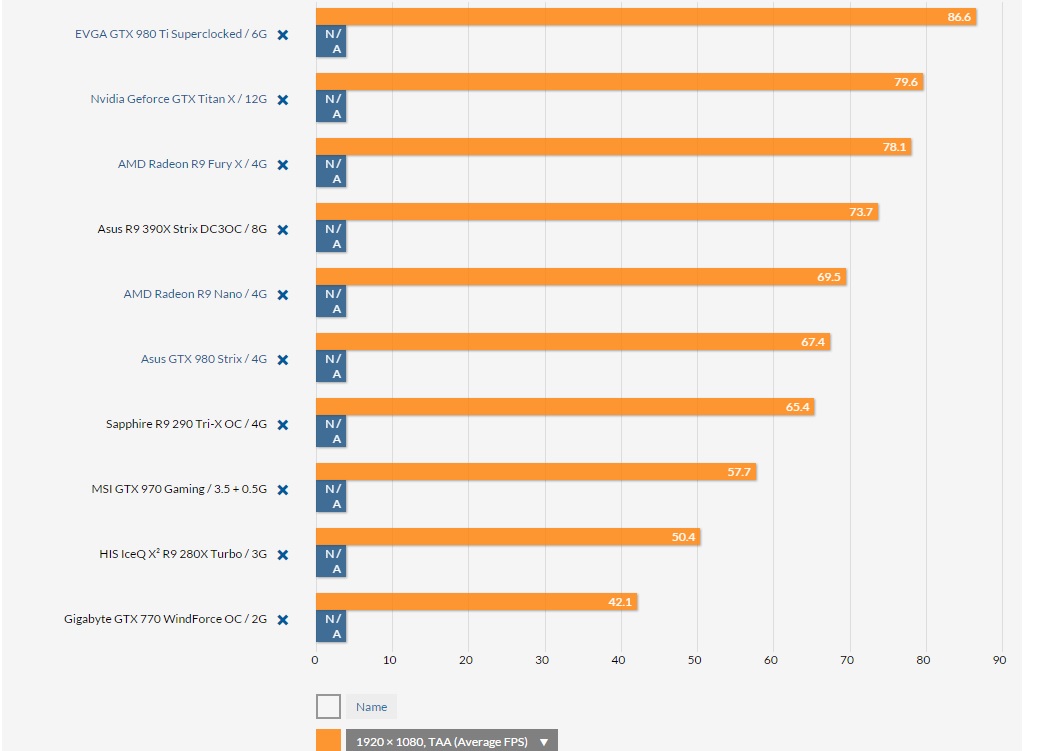 You can visit PCGamesHardware for the 2160p results.