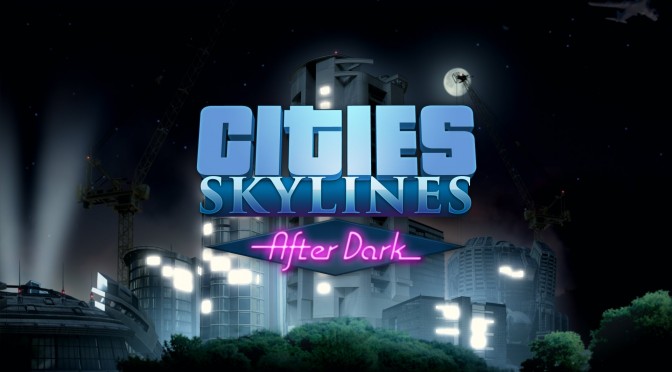 In addition, all players ofCities: Skylines will receive the new day-and-night cycle as an update to their game today, whether they have purchased After Dark or not.

After Dark is available for $14.99 from digital retailers everywhere!

In After Dark, players of Cities: Skylines will meet all-new challenges in planning, maintaining, and expanding their cities, as they discover the unique needs and quirks of the populace after the sun goes down. In-game citizens will seek out entertainment and leisure once the work day is over, while the criminal element will also become more active, requiring new strategies and solutions for a city’s services, traffic, and tourism.

Here are the key features of After Dark: