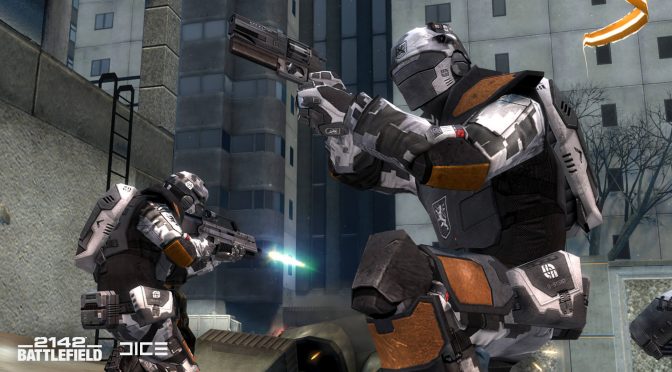 A few years ago, a lot of games relied on GameSpy’s services for their online modes. However, back in 2014, IGN shut down GameSpy. As a result of that, these games could not be played online until modders decided to re-enable MP via mods. One such mod was Revive Network.

Revive Network brought favorite titles back to life after online services were closed after the GameSpy shutdown. Some of them were Battlefield 2, Battlefield 2142 and Battlefield Heroes. However, EA has shut down this mod that re-enabled the multiplayer modes in these Battlefield games.

According to the team behind this mod/tool/service, Electronic Arts’ legal team got in touch with them. Instead of congratulating them (for you know, making it possible to play their damn games online), EA asked them to stop distributing and using their intellectual property.

And that is that. Revive Network is no more. Ironically, EA has not provided any work around to play these games online. Therefore, those owning the aforementioned titles cannot enjoy their legitimately purchased games online. I guess these players will have to move to more recent titles. Still, and while these are really old titles, we can’t think of any reason why EA decided to simply shut down this mod.

Here is the notice that EA sent to the team behind Revive Network. From the looks of it, EA only demands the team to stop distributing the game client downloads from its site. Moreover, the team should stop using EA’s trademarks, logos, and artwork on its sites. HOWEVER, the Revive Network launcher and its servers can still function. The notice does not say anything about them, so the team is free, legally, to keep the MP modes of those games alive. If the team terminates the servers, then it’s their decision and no; it was not forced by EA. Not only that, but this notice is among the nicest notices we’ve ever seen.

“I write on behalf of Electronic Arts Inc. and its development studio DICE or, in other words, those guys that make Battlefield.

We’ve noticed that Revive Network has several projects and websites devoted to being a Medic by reviving older Battlefield games, including Battlefield Heroes, Battlefield 2, and Battlefield 2142. It’s great to see your enthusiasm for these titles. Not to brag, but we too get the nostalgia chills when booting up these classic entries in the Battlefield franchise.

We need a favor though: we must ask that you stop throwing down Ammo Crates. In other, more legal-styled terms, please stop distributing copies of our game clients and using our trademarks, logos, and artwork on your sites. Thing is, your websites may easily mislead visitors to believe that you are associated or affiliated with EA. We are the only ones that get to wear the Official EA dog tag. Since you are Battlefield community members, we know that you are smart and helpful, and will respect that we must protect our intellectual property rights in the franchise.

Please drop us a line to let us know you are on board with this. Should you have any questions regarding all this, please do not hesitate to contact me.”