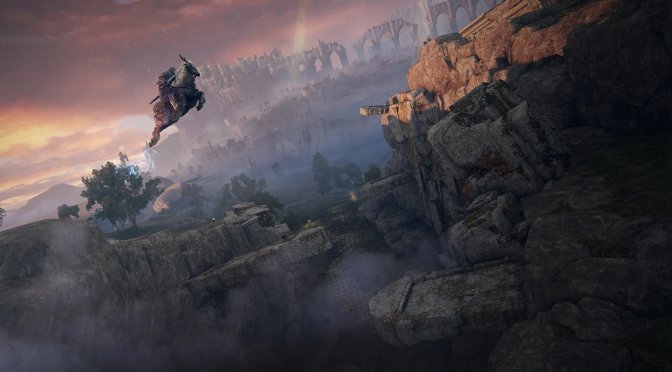 A couple of days ago, we informed you about Elden Ring surpassing 5 million sales on PC. And yesterday, SteamSpy updated its data, revealing that the game has sold over 10 million copies on Steam in just a week. 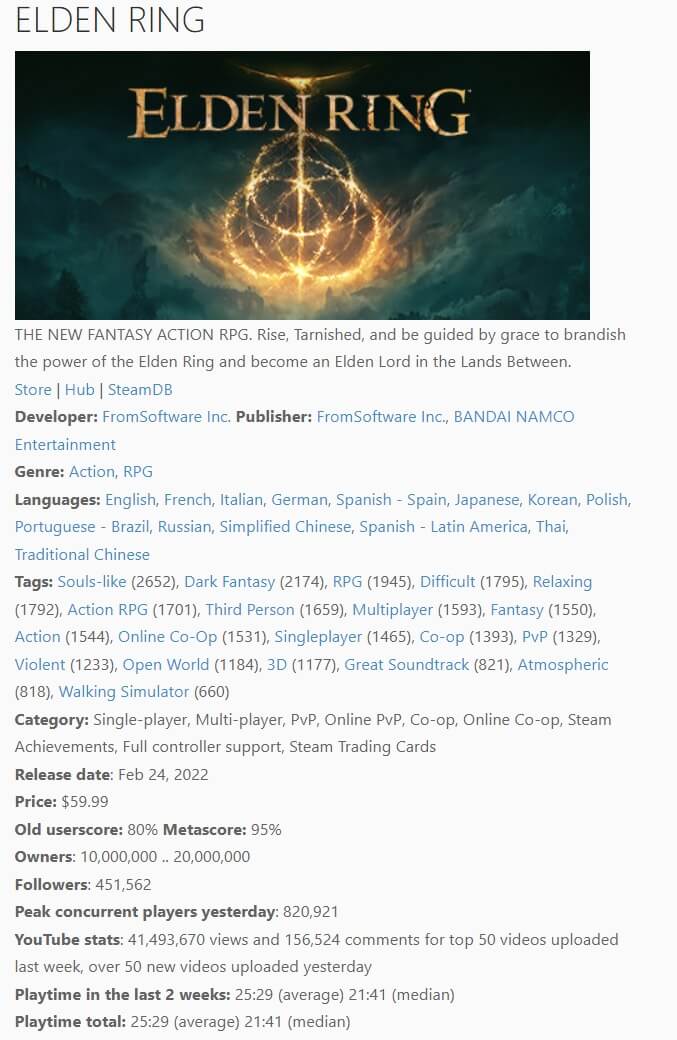 As we’ve already said, SteamSpy only shows estimates for a game’s sales. This estimate is based on the number of players who own a game. SteamSpy also only tracks public profiles, meaning that those with private profiles (that own the game) are not counted. Therefore, and theoretically, the actual PC sales may be higher. And while the game may have not sold 20 million copies, it has certainly met its lowest estimate number.

Again, this should not come as a surprise. SteamDB’s charts show incredible figures for its concurrent players. For instance, Elden Ring’s all-time peak of concurrent players was 891,638. Not only that, but its 24-hour peak was 820,921.

Lastly, we’ve already seen some cool mods for this latest RPG. There is a mod that adds support for ultra-wide monitors/resolutions. Moreover, you can find a mod that unlocks the game’s framerate. And lastly, there is now an unofficial Photo Mode.